The opening came a little over a year after its second location opened on Jefferson Road in Henrietta. The area’s first location is out in Greece on Route 104.

The town’s planning board first had discussions of opening a location in town nearly two years ago. Crews could be seen tearing down the old Staples building to make way for the Irondequoit restaurant back in April. 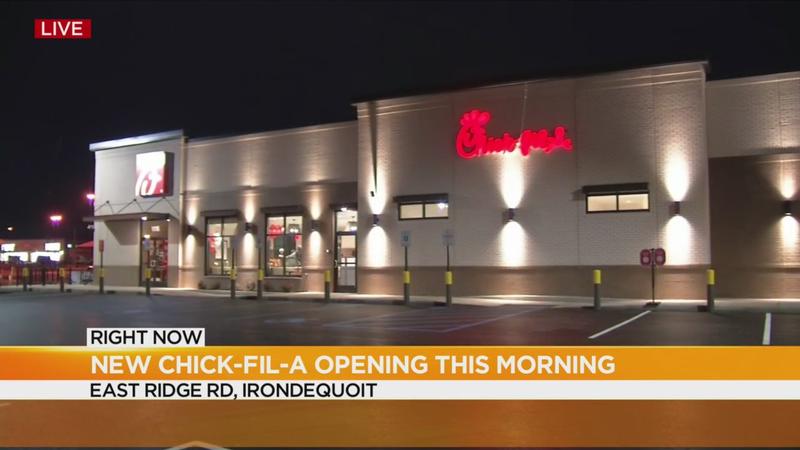 Typically, when a new location opens, it gives away free meals for a year to the first 100 people who show up, but the company says it will again be giving those meals out to 100 heroes who are making an impact in Rochester.

The chain previously received pushback as members of the LGTBQ community sent a letter to then-Governor Cuomo to reconsider the proposal for the restaurants to be added to Thruway rest areas as part of its renovation project. Community members say Chick-fil-A’s leaders have opposed gay rights in the past, including donating to causes that are "hostile" to LGTBQ rights.

The company responded by saying those claims were "outdated" and it does not have a political or social agenda. and it welcomes everyone in the restaurants. Two years ago the restaurant also announced it would drop donations for two controversial Christian charities — the Salvation Army and the Fellowship of Christian Athletes.

As for the Irondequoit location, the company is hiring.