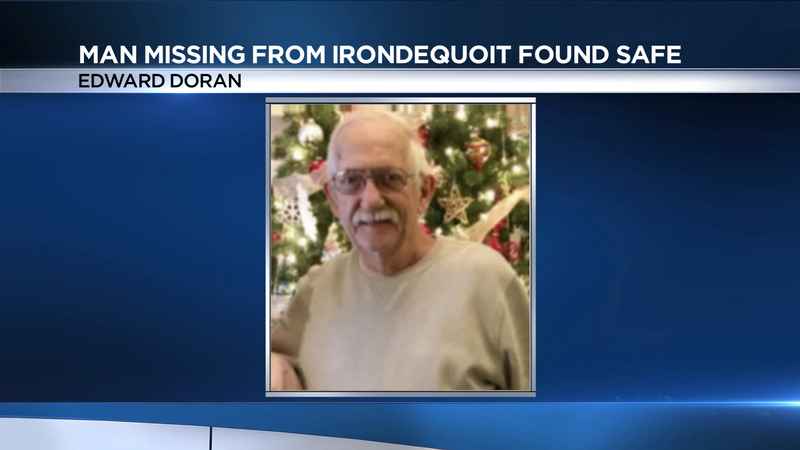 IRONDEQUOIT, N.Y. (WHEC) — Irondequoit Police have found a missing man who they say suffers from dementia.

Edward Doran, 78, was last seen at the Wegmans on 2200 E Ridge Rd. at around 5 p.m. on Wednesday when police announced he was missing at 10 p.m. Wednesday.

About an hour later, they said Dorn was found safe.