Is it too late for Hochul to change her running mate for the primary election?

ROCHESTER, N.Y. (WHEC) — Although former lieutenant governor Brian Benjamin officially resigned on Tuesday, his name will still be on the June primary election ballot. News10NBC took a look at what it would take to get his name off the ballot.

Patrick Moussignac talked to a State Constitutional Expert who said this is an unfortunate situation because the State now has a vacancy in the Office of the Lieutenant Governor.

Christopher Bopst, a Partner at Wilder & Linneball LLC. in Buffalo is also a State Constitutional Expert and weighed in on the appointment of the next lieutenant governor.

"Kathy Hochul as the governor has the authority to […] appoint a lieutenant governor to fill Brian Benjamin’s spot without even confirmation by the State Legislature. It’s sort of a unique aspect of New York laws," Bopst said.

He tells us there are a few ways to remove a candidate’s name from the ballot. First, if someone dies. Second, if the candidate becomes no longer eligible to serve in office, which despite the charges, wouldn’t happen in time here. Third, if the candidate is nominated to another office. Two others options, Benjamin would either renounce his American citizenship or move out of state. We asked Bopst what this means for Democrats since Benjamin does have the possibility of getting elected being on the same ticket with Hochul in November’s general election. 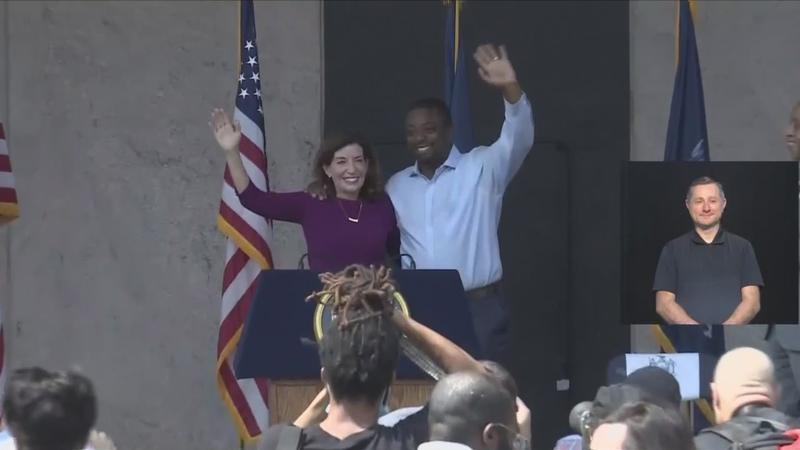 "Certainly he would, if he’s on the ballot he would get votes, I don’t think he would get enough votes to actually win the nomination I think enough people in New York State would be aware of this situation, and not vote for him," Bopst said.

Meanwhile, Gov. Kathy Hochul spoke Wednesday morning on radio station WNYC-AM, and was asked by host Brian Leher if she already has a replacement in mind for lieutenant governor. Hochul said she would take some time, and do it right.

"I pledged that I was going to change the culture in Albany, and I’m not going to let any setbacks detract from that ultimate goal which is to let people know we’re going to continue to change that culture, and it’s going to happen under my watch," Hochul said.

Bopst said if Hochul does appoint someone to serve as lieutenant governor, they would serve out the remainder of this current term which ends on Dec. 31. That person cannot get on the November ballot, because the filings of petitions have already passed.