Zamites created the Rochester Amerks beloved Moose mascot and spent 25 years “in the fur,” as the saying goes. He was in costume at more than 2,000 games, including when the Amerks won the Calder Cup Championship against the Portland Pirates at the Blue Cross Arena in 1996.

When the Amerks took the cup, Zamites got a championship ring along with the players. In August of last year, Zamites was traveling from his home in Florida to Rochester for the Amerks Alumni Golf Tournament. Somewhere in his travels, the ring disappeared.

"In the course of baggage handling with my golf clubs, the ring was missing when I opened it back up again,” said Zamites. “So somewhere along the way, most likely Philadelphia because that was the only place I changed planes, it was stolen in transfer." 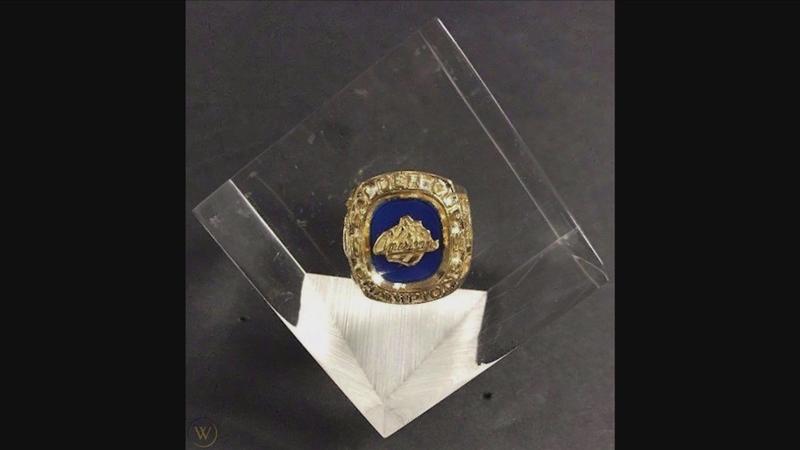 When he noticed it was missing, he filed a report with the Philadelphia Airport Police, but the ring did not turn up.

About a month ago Zamites saw something online that caught his eye. He immediately knew it was his ring because, like players’ rings, it’s personalized.

"On the side of the ring, all of us have our names… in my case I chose Moose,” he said. “On a player, it’s like ‘Metcalf 10’ you know, ‘Hoffer 3’ .. whatever your name was and your number, that got put on the side of the ring. The other side had the Calder Cup trophy."

Zamites also noted the color of the ring in the pictures he found online – bright gold. Most 15-year-old championship rings like his don’t have a bright gold shine, but Zamites’ ring had been polished by a jeweler shortly before it went missing.

When he followed up with law enforcement after seeing the ring advertised on eBay, he was told to complete a federal form online.

"They said there’s a form called IC3.gov that handles internet theft, sale of internet merchandise,” said Zamites. “I reached out to them about two and a half weeks ago, haven’t heard anything back. So I mean.. what I’m told by eBay is they can’t talk to John Q Public, they can only talk to law enforcement."

When News10NBC contacted eBay, we were told someone would look into it. eBay’s policy states “eBay uses a range of tools and filters to protect the site from criminal activity as part of its multi-step security infrastructure.”

The ring is no longer available for purchase online. Zamites doesn’t know who bought it, but he says he’d be willing to buy it back and pay more than it sold for. He’s not concerned about criminal charges, he says he just wants his ring back.

For Zamites, it’s not just about the value of the item itself, it’s about the many years of memories it represents.