‘It’s nerve-wracking and it puts pressure on with the breastfeeding’: Expectant mom on formula shortage

ROCHESTER, N.Y. (WHEC) — Some parents in desperate need of baby formula are feeling a little sense of hope with the shipment that touched down in Indianapolis over the weekend.

While they wait for the products to hit their local shelves, local pediatricians say they expect the formula that was just shipped to the U.S. to be ready for moms to grab at their local stores in the next few weeks. But in the meantime, a mom-to-be says she’s still nervous about being able to breastfeed. That, if she sees formula she leaves it on the shelf for the babies who need it immediately.

In a few weeks, Abbott will be a new Rochester mom. This will be her first. But, thinking about the chance that breastfeeding doesn’t work and/or needing formula has been very overwhelming.

"I may have to fall back or rely on formula if not partially as a supplementation—and knowing that it’s incredibly difficult to obtain that right now—so it’s nerve-wracking and it puts pressure on with the breastfeeding,” Abbott said. 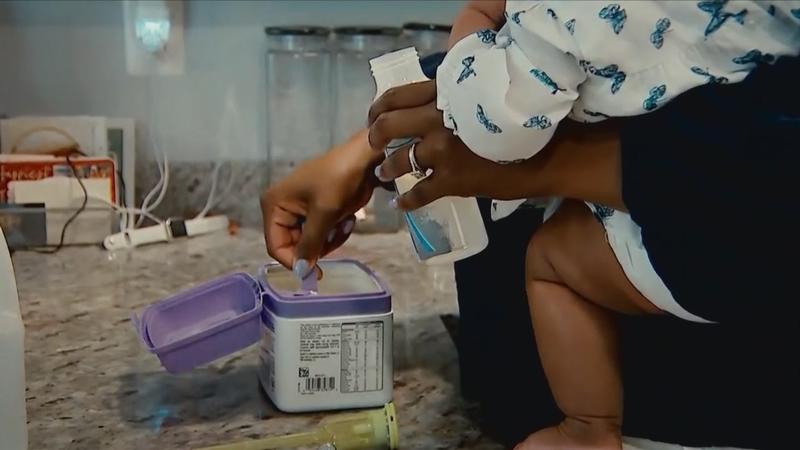 About 78,000 pounds of formula were dropped in the U.S. over the weekend. It’s the first of several flights expected from Europe with the hopes of relieving the shortage that’s sent some parents scrambling to feed their kids. For Abbott, it’s a sense of relief, but will it be enough?

"I just don’t know if that’s going to satisfy even a portion of the little mouths that need to be fed right now, it’s a great first step, it’s fantastic that they’re sending it over but we need more,” Abbott said.

Some of the formula coming in is from Europe. But from what experts say, the imported formula goes through a lengthy process to ensure your baby gets the best.

"Ones into the U.S. that have gone through what’s known to be a rigorous process and be on par with what our FDA does with our formula,” said Steven Schulz, a pediatric doctor with Rochester Regional Health.

The recently imported formula was flown into Indianapolis because it’s a Nestle distribution hub. It will be processed, then dispersed to your shelves, hospitals, and doctors’ offices.

That batch will only serve about 9,000 babies and 8,000 toddlers for the span of one week.

The White House has said 132 pallets of Nestle Health Science Alfamino Infant and Alfamino Junior formula was to leave Ramstein Air Base in Germany for the U.S. Another 114 pallets of Gerber Good Start Extensive HA formula were expected to arrive in the coming days. Altogether, about 1.5 million 8-ounce bottles of the three formulas, which are hypoallergenic for children with cow’s milk protein allergies, are expected to arrive this week.