ROCHESTER, N.Y. (WHEC) — Dominic Pezzola from Rochester is now facing the most serious charge filed from the January 6th insurrection.

Just hours before the first prime time hearing of the January 6th committee, Pezzola and four fellow accused Proud Boys members were charged with seditious conspiracy. Seditious conspiracy is defined as "a crime… of conspiring against the authority or legitimacy of the state. As a form of sedition, it has been described as a serious but lesser counterpart to treason."
Pezzola is accused of smashing a Capitol window with a police shield, gaining access to the building. This is the third indictment against this group of defendants.

All the defendants including Pezzola and the leader of the Proud Boys, a man named Enrique Tarrio, plead not guilty.
Here are the charges against Pezzola.
– conspiring to obstruct an official proceeding (the counting of the electoral college votes).
– obstruction of an official proceeding.
– conspiracy to prevent officers from doing their duties.
– obstruction of law enforcement.
– destruction of government property.
– assaulting and resisting officers.
– robbery of property of the United States.

That robbery charge concerns the police shield Pezzola accused of taking from a police officer in the crush of the crowd outside the Capitol. The U.S. Attorneys office says video shows Pezzola using the shield to break through a Capitol window through which people entered the Capitol.

The lawyers, prosecutors and judge squabbled over information sharing and the use of facial-recognition technology. 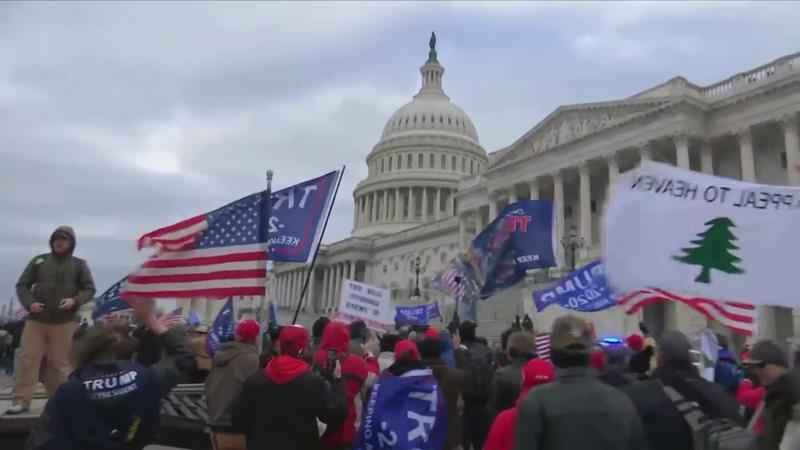 The biggest argument came when some of the defense lawyers accused the U.S. Attorney’s office of being in cahoots with the January 6th committee, scheduling this arraignment on the same day of the prime time hearing.

The prosecutor said he "strenuously objects to the premise of coordination of the government and the January 6th committee."

One defense lawyer replied "mixing politics and criminal justice is extremely dangerous and we have to run from it like fire."

The House committee investigating the January 6 riots will hold the first of at least six public hearings on Thursday. The first hearing, which will feature testimonies from witnesses, will be televised on NBC at 8 p.m. Eastern.