BUFFALO, N.Y. (WGRZ) — Passengers aboard JetBlue flight 2465 did not take off as planned this morning from Buffalo.

According to an NFTA spokesperson, a TSA worker noticed one of the pilots for the flight appeared to be impaired.

NFTA police were called and officers entered the plane and took the male co-pilot off the plane. He was immediately given a breathalyzer and according to the NFTA, he registered a .17 BAC.

Passengers told our Buffalo affiliate, WGRZ, the pilot was seen walking on the tarmac and placed in a patrol car.

Desiree Breckenridge Barnes-Jean told WGRZ’s Claudine Ewing, "whatever the procedures are before you fly, they should of caught before he was on the plane but they didn’t. He was on the plane in the cockpit, so you know they sit close together, the upsetting thing is all of our lives would have been jeopardized." 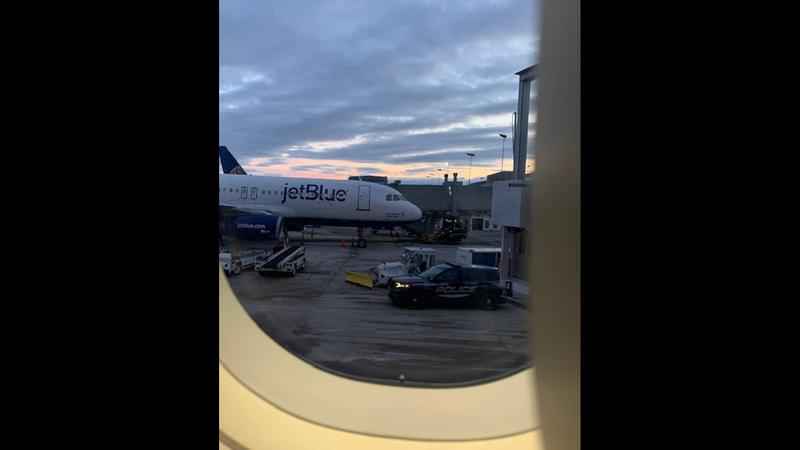 The co-pilot is identified as 52-year-old James Clifton of Orlando, Florida.

Clifton was released to JetBlue security and may face federal charges.

Passenger Bill Murphy of South Buffalo said "I was more toward the front of the plane I don’t think a lot of people in the back of the plane understood what was going on. There was never any disruption."

Murphy had high praise for the captain. "The captain and the crewmembers of the flight were absolutely fantastic. They handled the situation great and my hat goes off to the captain because whatever was going on up there, he was professional. He ultimately led us down here to Florida." He said he was trained well by JetBlue.

WGRZ reached out to JetBlue for a statement. The company issued one late Wednesday afternoon, saying the pilot "has been removed from his duties."

"The safety of JetBlue’s customers and crewmembers is our first priority," the statement said. "We adhere to all DOT rules and requirements concerning alcohol at all times and have a very strict zero tolerance internal alcohol policy.

"We are aware of the incident that occurred this morning in Buffalo and are cooperating fully with law enforcement. We are also conducting our own internal investigation. The crewmember involved has been removed from his duties."