Job fair organizer says ‘When you get these jobs, people can stop robbing, stealing, killing’

ROCHESTER, N.Y. (WHEC) — Every time we cover a story on crime in our city we ask "what’s the solution?" And among the answers, every time is "Jobs".

So Monday News10NBC went to where the jobs are.

In December there were 10,700 people unemployed in Monroe County. That’s people looking for a job but don’t have one.

You can read all kinds of reports on jobs and crime and the theory is more jobs can help reduce crime; and the man who organized the job fair downtown Monday believes that. 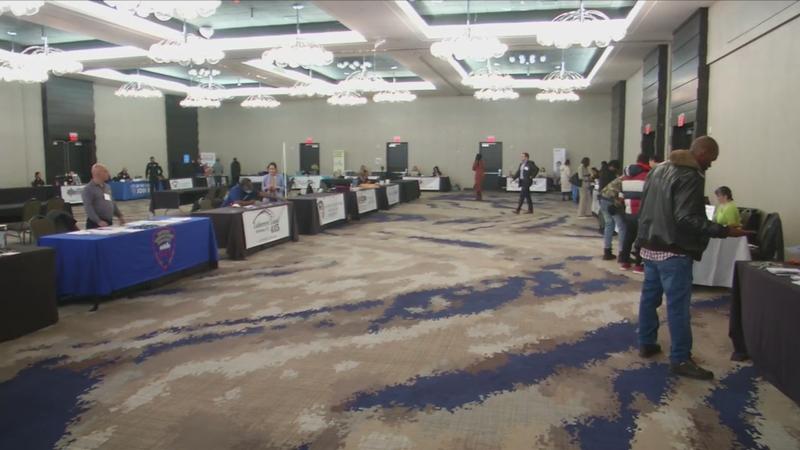 Harris tried to bring them into the same room at the Hyatt Regency hotel. Harris is the founder of Uniting & Healing Through Hope of Monroe County which earned him a 2021 News10NBC Jefferson Award.

"Instead of going out on the street and robbing or sticking up or carjacking, now they can come and get a job, a good job, good-paying job, not only take care of themselves but they can take care of their families," Harris said.

Two of the people here were Telle Seaborn and Richard Price.

Seaborn just got her bachelor’s degree in theology. Price is a driver. They both have jobs but they’re looking for a second one or a better one.

"There’s a lot of unemployed people. There’s a lot of people on the streets," Price said. "If they don’t even think there’s an opportunity then they’re going to be in the same cycle."

"Getting people working, having something to do, get them productive, is definitely a solution to the problem," Seaborn said.

I spent last week reporting on carjacking arrests. Last year we set a record for shootings and murders.

As a result, there is a push in the state to change parts of bail reform.

But last week, Ravi Mangla, a criminal justice reform activist in Rochester, said part of what solves those problems are mental health care and jobs.

"We are in one of the highest poverty cities," Mangla said. "So if we are talking about issues with public safety, with gun violence, then we have to be addressing that hand in hand."

"A lot of the violence that’s been happening, that has been happening, it has a direct result of not just the mind and the heart, but also not having the ability to pay for basic necessities," Harris said. "And this way, when you get these jobs, people can now pay for things themselves and stop robbing and stealing and killing."

"When you get these jobs, people can now pay for things themselves and stop robbing and stealing and killing." @news10nbc at 5:30 pic.twitter.com/vJrBSz4rqA

Harris said about 450 people showed up today and 70 to 80 job offers were made.

He thinks the weather kept a lot of people away.

The job fair continues Tuesday from 9 a.m. to 6 p.m. at the Hyatt Regency on East Main Street.