ROCHESTER, N.Y. (WHEC) — Supreme Court Justice Craig Doran is stepping down from his responsibilities as an administrative judge over a controversial photo taken back in 1988.

On Friday, Doran announced that a photograph surfaced of him at a Halloween party in 1988 in which he appeared as a well-known public figure of color.

Announcement from Justice C… by News10NBC

In accordance with the Chief Judge’s zero tolerance on matters of racial bias and insensitivity, Doran is stepping down from Administrative Judge of the Seventh Judicial District but plans on continuing his service to the District as an elected Supreme Court Justice.

"I am deeply sorry for my decision to appear in this manner. I did not comprehend at the time the hurtful nature of my actions. I know now that an act of this nature is considered to be racist. I can assure you that this event in 1988 in no way reflects my beliefs and principle, " Doran said. 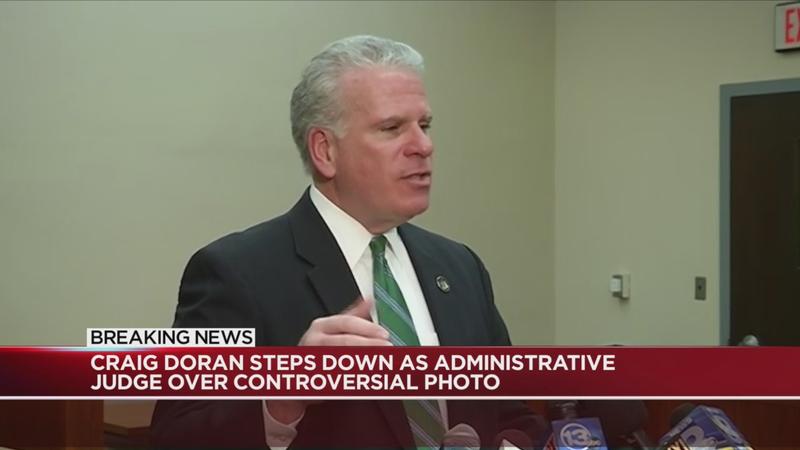 Doran has 30 years of public service within the community.