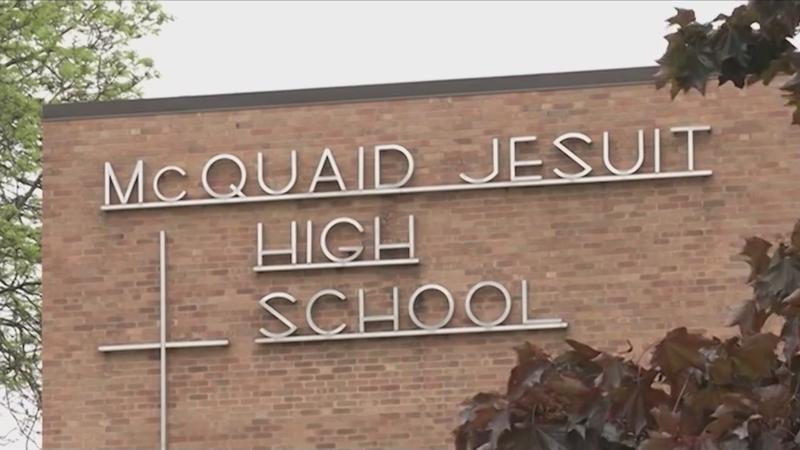 According to News10NBC Chief Investigative Reporter Berkeley Brean, the game, which was previously postponed, will also allow for unvaccinated players who test negative for COVID to play. Players and coaches who test positive cannot.

The ruling came after the school’s lawyers met in a Buffalo-area court Tuesday morning. The playoff game is tentatively scheduled for 6 p.m. in Williamsville, Erie County.

McQuaid’s game Saturday was postponed after the school sued the Erie County Public Health Department, who said the school could only play with vaccinated players. The game was postponed when the players and coaches were sitting on a bus waiting to travel to the game.

Breaking: the McQuaid vs Buffalo Bennett HS football game will be played tonight at 6pm. Erie Co said the unvaccinated McQ players have tested out of quarantine and they can play. Positive players and coaches cannot make the trip. @news10nbc pic.twitter.com/VphBTrmTm7

Story in 60 follow up
Here’s a takeaway from today’s court hearing on McQuaid football and the conflict between how Erie Co and Monroe Co treated unvaccinated students. @news10nbc pic.twitter.com/G0C8urA6Xq

Last week, some McQuaid players started testing positive for COVID. Erie County said unvaccinated players could not play in the game and that’s when this game went from a high school football field to a courtroom.

"These players and this school have shown a remarkable dedication to safety and to covid protocols above and beyond those required by regulations," Attorney Terry Connors said. "And so, when this game takes place this evening, it will be an eminently safe game, because our players on McQuaid have been tested and found to be free from COVID-19 on five separate occasions."

Brean says the county’s DOH reported all unvaccinated McQuaid players have tested out of quarantine as of Tuesday morning. Additionally, New York State has not objected to the game being played.

This is a developing story, stay tuned to News10NBC at 5 &6, and WHEC.com