Jury finds man guilty of manslaughter, not murder in death of girlfriend’s 3-year-old

ROCHESTER, N.Y. (WHEC) — The jury has found Anthony Love, the man accused of beating his girlfriend’s 3-year-old child and failing to seek medical care, resulting in the child’s death, has been found not guilty of second degree murder, but instead, guilty of first degree manslaughter.

The jury began deliberations on Tuesday. They lasted through Wednesday, with the jury returning to the courtroom multiple times to ask the judge to reread her instructions on the criteria for convicting somebody of second-degree murder and go over the level of "depraved indifference to human life" that would be required to do so.

Love was facing murder and manslaughter charges in the death of toddler Kei’Mere Marshall. The 33-year-old was dating the child’s mother and lived with the two of them.

The child was known to his family by the nickname "Moochie". He was found unconscious and not breathing inside a home on Avenue C back on July 11, 2020, and was taken to the hospital where he died three days later.

During the trial, a doctor testified that the 3-year-old had bruises on his face the size of an adult’s hand and the jury was shown photos where the child’s eyes were so swollen they were almost shut. Prosecutors characterized the injuries as "similar to a child getting hit by a car". 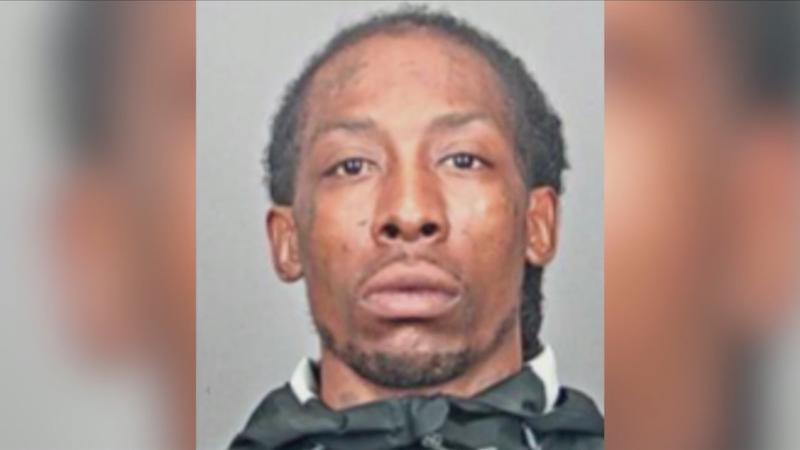 Kei’Mere’s mother, Andrea Lipton, 29, is facing a second-degree manslaughter charge in the death.

Monroe County District Attorney Sandra Doorley said her office will seek the maximum sentence of 25 years in prison when Love is sentenced.

No verdict would have eased the pain of the death of this little boy. We will be seeking the maximum sentence of 25 years at sentencing. Thank you Sara VanStrydonck and Amanda Balling for your dedication in this case. God bless this baby angel. https://t.co/JK43Osm6eT

Assistant District Attorney Sara VanStrydonck, who prosecuted the case, said it is impossible to know what the jury "got hung up on" that stopped them short of convicting Love of murder.

"Obviously we can’t speculate, but you’ll just eat yourself up about it," VanStrydonck said. "It’s a process. You have to respect the process even if you don’t agree with the process. I certainly think that the evidence we put before this jury and in this court proved beyond a reasonable doubt about the indifference and depravity… I haven’t handled a case that had more depravity, especially with a 3-year-old."

This is the prosecutor in the case Sara VanStrydonck after the verdict in the death of Kei’Mere Marshall. Not guilty of murder. Guilty of manslaughter. ?@news10nbc? pic.twitter.com/W6wonyi6Q4

Defense lawyer Peter Pullano told News10NBC Chief Investigative Reporter Berkeley Brean why he thinks the jury made the decision it did.

"I think it’s just a thorough review of the proof," Pullano said. "From the beginning, we talk about the proof that the prosecution had to the lack of proof. There were just many, many questions […] and I think that was part of it, obviously, the jury seriously considered both counts and came to this verdict, but I think it does—throughout we talked about how the burden of proof remained on the government throughout the whole case and obviously, the jury felt they met the burden on one [charge] but they didn’t meet it on both."

Defense lawyer Peter Pullano. I asked him to explain why he thought the jury made the decision it did. ?@news10nbc? pic.twitter.com/o7T1osVGFj

Brean spoke with Dearie Phillips, Kei’Mere’s godmother, about the verdict.

Brean: "How are you feeling tonight?"

Phillips: "Oh, it’s a lot of numbness inside. I feel like someone pulled my heart out of my chest basically."

Brean: "What would you like to ask the jury if you could talk to them?"

Phillips: "What were you all thinking? Y’all were stuck on one word. Depraved. Depraved is pretty self-explanatory but once it’s explained to you six times you should know what it means."

The jury asked the judge to read them the description of depraved indifference five times. The description included the words "wicked, evil and inhuman" regard for human life.

Phillips: "So, what I want to them is—y’all did not help at all. Y’all made it worse for us."

Phillips said Love looked at her after the verdict was read.

Phillips: "When we left the courtroom he smirked at us."

Love is scheduled to be sentenced on March 3. Under New York State law, he faces seven to 25 years in prison.