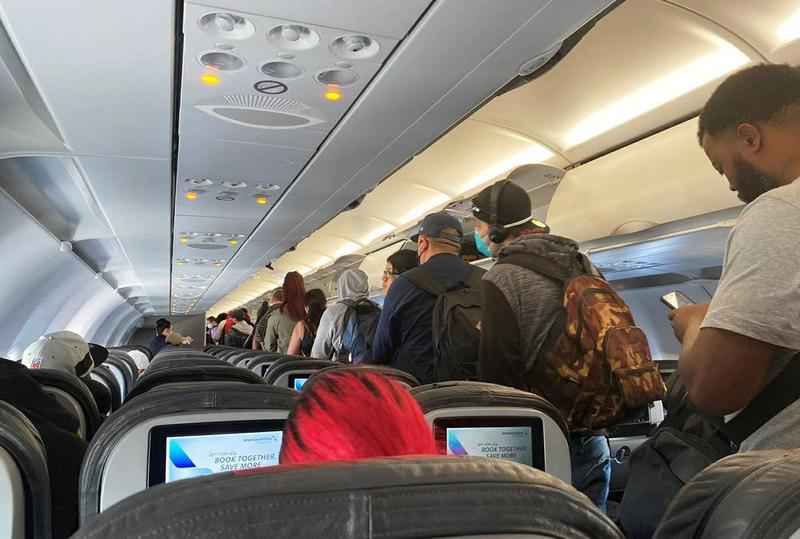 Hours after the federal judge in Florida declared the mandate unlawful, the Biden administration said it would no longer enforce it.

The Justice Department told the appeals court that the Centers for Disease Control and Prevention order issued in January 2021 was “within” the agency’s legal authority.

The CDC did not immediately respond to a request for comment Tuesday on whether it would reinstate the requirement if the ruling was overturned.

Days before U.S. District Judge Kathryn Kimball’s April 18 order, the CDC had extended mask requirements through May 3. The CDC said earlier this month it still recommends travelers continue to wear masks in airplanes, trains and buses.

“None of the district court’s quarrels with the CDC order comes close to showing that the CDC has acted outside the ‘zone of reasonableness,’” the Justice Department wrote, adding that the CDC findings in early 2021 provided “ample support for the agency’s determination that there was good cause to make the order effective without delay.”

The Federal Aviation Administration said this month the rate of unruly air passenger incidents fell to its lowest level since late 2020 soon after the judge’s mask mandate ruling, which also lifted requirements for masks in taxis or ride-share vehicles.