Kelvin Vickers is in jail with no bail

ROCHESTER, N.Y. (WHEC) – This murder arraignment started in a way I’ve never seen before, with a moment of silence. Before Kelvin Vickers came into the courtroom, Judge Van White asked for a moment of silence. He said it’s the third time he’s done this in his first week on the bench.

Judge Van White said, “It’s not an order, it’s a request to spend 20 to 30 seconds in sending positive thoughts…"

Then 21-year-old Vickers was called in. He’s from the Boston area, where, as a 12-year-old, he was arrested for assault and battery of a police officer.

The judge read the charges and his public defender entered a plea of not guilty. The camera was not allowed to show the rest of the courtroom, but it was full of uniformed police, who streamed out of the building when the court case was over.

Vickers is accused of killing officer Tony Mazurkiewicz and shooting officer Sino Seng when they were sitting in a minivan on Bauman Street Thursday night. 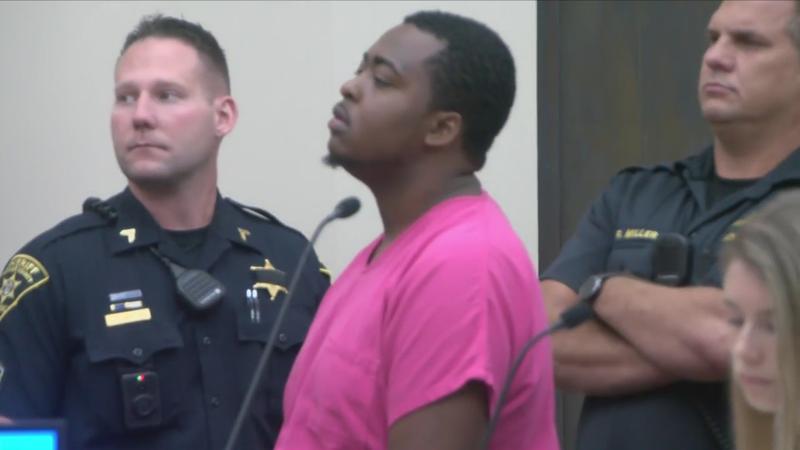 Major crimes Captain Frank Umbrino said they were in plain clothes and part of an intelligence unit investigating a recent murder.
Capt. Umbrino said that a male approached the surveillance vehicle from behind. While cowardly secreting himself behind large shrubs, he fired approximately 17 rounds into the officer’s vehicle from about 10 to 15 feet away. Mazurkiewicz was hit twice and died two and a half hours later at Strong Hospital.

Monica O’Brien was the prosecutor in court on Saturday.

Monica O’Brien, Deputy Chief of local courts, DA’s office: The grand jury will make the final decision on the charging. At this point, he’s charged only with second-degree murder. She said the grand jury will vote on the ultimate charges.

The district attorney’s office says this case will go in front of a grand jury, but there is a hearing scheduled for next Wednesday morning at 11 o’clock.