ROCHESTER, N.Y. (WHEC) – NASA’s new space telescope had a lot of its testing done right here in Rochester. L3Harris Technologies scientists and engineers played a major role in integrating the complex system of mirrors on the James Webb Space Telescope.

Tuesday they had a watch party as the first five images were released by NASA. News10NBC was there.

This party was a worldwide event with people watching at the same time from cities, and countries around the planet. For L3Harris, it’s a culmination of 2 decades of dedicated work.

"What we’re seeing is not just all the galaxies, but there’s a cluster here, and so the cluster is all these white ethereal galaxies we’re seeing them as they look back in time," said Web Mission Operations Project Scientists Jane Rigby as she was describing one of the pictures.

Dozens of L3Harris employees came out to see images from space that the James Webb Space Telescope was designed to capture. Scientists and space experts say the first image called "Deep Field," shows the beginning of the universe from 13.8 billion years ago. 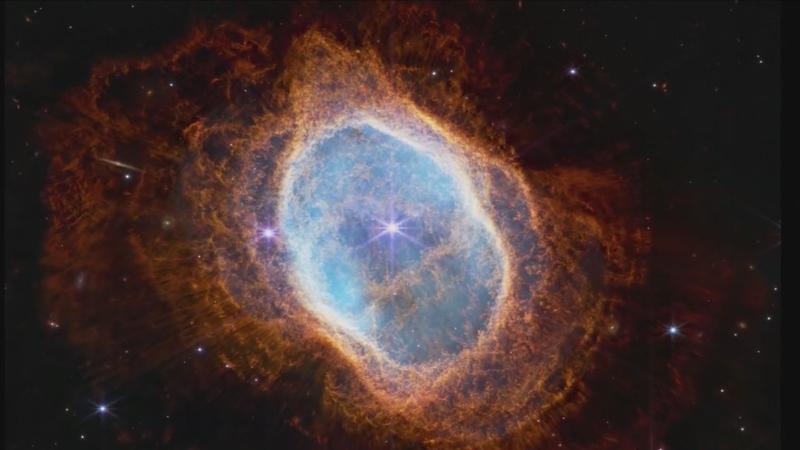 Cryogenic Optical Test Director Tony Whitman has been part of this telescope program almost from the start.

"It was fantastic. This is over 20 years of long hours, and scratching our heads trying to figure out how we’re going to build and test this thing that has never been done before," said Whitman.

Unlike the Hubble telescope which was launched into low earth orbit back in 1990, the J-Webb telescope as it’s sometimes referred to is quite different.

"Over the years we sent astronauts to fix Hubble, but this particular telescope went a million miles from Earth where we currently can’t send an astronaut up to fix something so we had to make sure it worked the first time, and it’s the type of mission we do here at L3Harris," said Whitman.

Rebecca Borrelli, Ph.D. worked as part of the Metrology Team, which helped build and align the optical test set, which ensured once the telescope got into orbit it would take these images. Borrelli tells us what this means for future generations.

"Things like this are really critical to keep future generations interested and excited, and learning about the stuff so they can come and solve the next hard problems that come down the line," said Borrelli.

Tuesday’s event is a morale booster for the L3Harris, and their new telescope program.

"So we’re at the phase right now in the program where we’re building, and testing. So we saw some great images that NASA shared for James Webb. We’re doing those same things today for our program that we have right now, and we’re doing lot of that testing here in Rochester which is amazing," said L3Harris Program Manager Erin Schiele.

The Webb Space Telescope is expected to keep taking pictures and continue its mission for the next two decades.