Lamborghini erupts in flames after crashing into Fort Lauderdale home

FT. LAUDERDALE, FL. (NBC 6 MIAMI) — Fire rescue crews were able to put out the flames from a luxury vehicle that had crashed Sunday into a Fort Lauderdale Home.

Fort Lauderdale Fire Rescue said the crash happened just before 3:30 p.m. in the 1100 block of Northwest 7th Avenue, when the white Lamborghini SUV landed on the roof of a home following the crash.

The car slid off the rood and burst into flames, according to FLFR.

The occupants of the Lamborghini fled the scene prior to crews arriving. The driver of the second vehicle involved in the initial crash suffered minor injuries.

No one inside the home was hurt, but it was still evacuated due to damages. 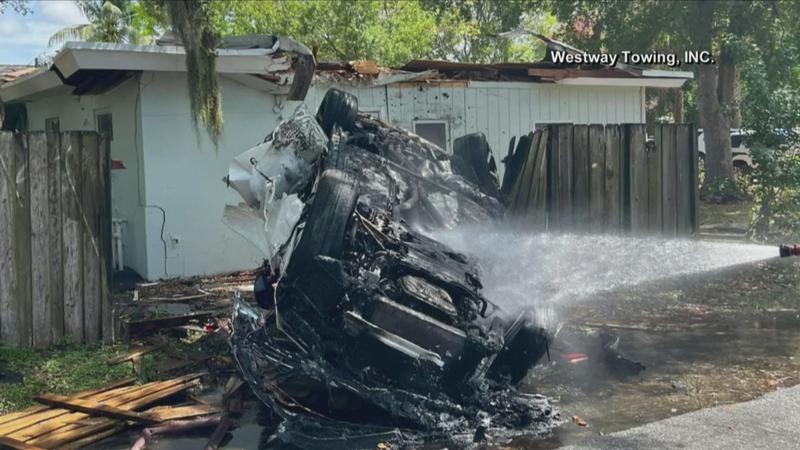