ROCHESTER, N.Y. (WHEC) — People living in the City of Rochester will soon have a dedicated court that will address housing issues.

They say this new housing court will not only help landlords and tenants with disputes but will also help the community as a whole by ensuring there is quality housing throughout the city.

There will be a community advisory committee to help implement the new court and make sure it’s creating the housing justice the law intended.

"To have advocates from the community have a voice and a seat at the table, so it’s not just those of us in government but a partnership between the community and government together to make sure this housing court is delivering on behalf of the citizens of Rochester," said Jeremy Cooney (D, 56). 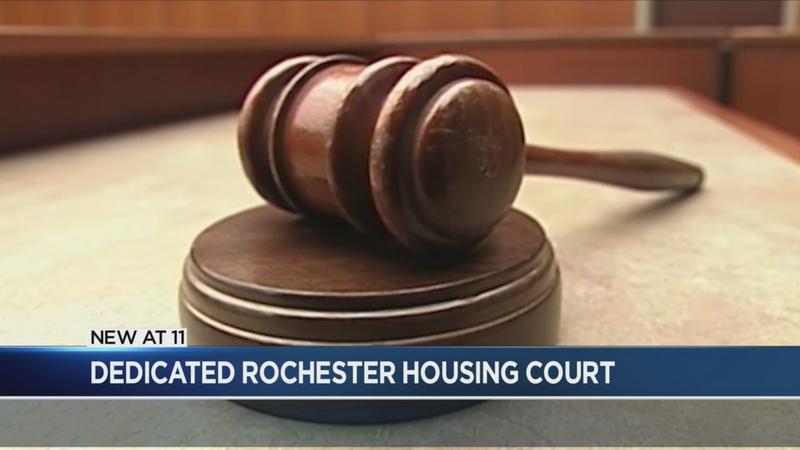 Lawmakers hope to have the new Rochester City Housing Court up and running by Dec. 6.

Last legislative session, the "Housing our Neighbors With Dignity" Act (HONDA) was passed.

HONDA is now a statewide program that converts distressed hotels and office buildings into low and moderate-income housing.

On Wednesday night, supporters of the program are asking lawmakers for more funding to use for more conversions.

"The $100 million that was assigned in the budget will be for New York City projects and we need something upstate and the HONDA is a perfect example of what we need," said Kim Smith of VOCAL-NY.

Advocates gathered outside of Downtown Rochester’s Cadillac Hotel on Wednesday to draw attention to it as a space that could be converted into housing.