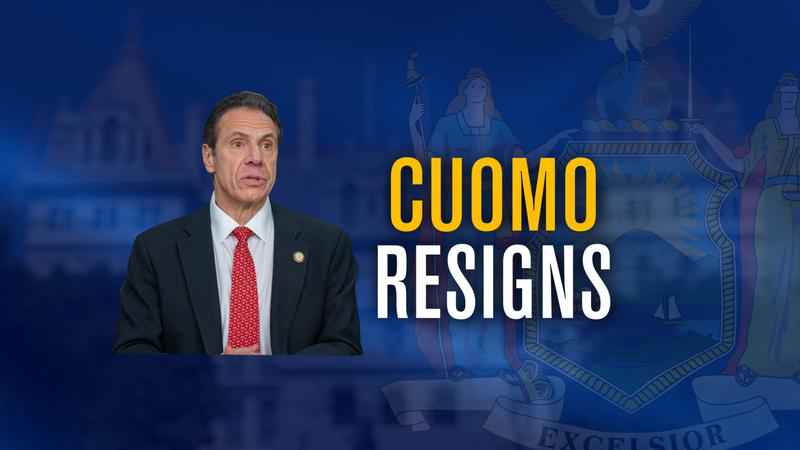 The decision was announced Friday. Cuomo announced Tuesday that he was resigning, effective Aug. 24. He will be replaced by Lt. Gov. Kathy Hochul, a 62-year-old Democrat and former member of Congress from the Buffalo area.

"After consulting with Chair Lavine and my majority colleagues, the Assembly will suspend its impeachment investigation upon the governor’s resignation taking effect on August 25.

"There are two reasons for this decision. First, the purpose of the Assembly Judiciary Committee’s impeachment investigation was to determine whether Governor Cuomo should remain in office. The governor’s resignation answers that directive. Second, we have been advised by Chair Lavine – with the assistance of counsel – of the belief that the constitution does not authorize the legislature to impeach and remove an elected official who is no longer in office (see attached memo).
Let me be clear – the committee’s work over the last several months, although not complete, did uncover credible evidence in relation to allegations that have been made in reference to the governor. Underscoring the depth of this investigation, this evidence concerned not only sexual harassment and misconduct but also the misuse of state resources in relation to the publication of the governor’s memoir as well as improper and misleading disclosure of nursing home data during the COVID-19 pandemic.

"This evidence – we believe – could likely have resulted in articles of impeachment had he not resigned.
I have asked Chair Lavine to turn over to the relevant investigatory authorities all the evidence the committee has gathered. We are well aware that the attorney general is investigating issues concerning the governor’s memoir; the Eastern District of the United States attorney has been investigating the administration’s actions concerning nursing home data; and there are active investigations by local law enforcement authorities in five jurisdictions – Manhattan, Albany, Westchester, Nassau and Oswego – concerning incidents of sexual misconduct.

"As I have said, this has been a tragic chapter in our state’s history. The people of this great state expect and deserve a government they can count on to always have their best interests in mind. Our government should always operate in a transparent, safe and honest manner. These principles have and always will be the Assembly Majority’s commitment to all New Yorkers."

"The decision from Assembly Democrats to suspend the impeachment investigation reeks of a shady deal to protect Andrew Cuomo.

"At any point in the last six months, Democrats could have impeached our now disgraced Governor – but that would’ve required courage. Instead, they stalled and bought Andrew Cuomo all the time in the world, while they wasted millions of taxpayer dollars on their sham investigation.

"Resignation is not accountability. The Democrats not only failed in their constitutional responsibilities – they failed the Governor’s countless victims in nursing homes, brave women who came forward to tell their stories, and those who believe in honest and transparent government."

"I am incredibly disappointed with the decision to close the impeachment investigation into Andrew Cuomo. The Governor’s resignation was not an act of nobility?—it was because he committed unlawful acts and was out of options. Resignation should not preclude him from being impeached or otherwise held accountable. From the very beginning to his final words during his resignation, this Governor has used gaslighting and other tactics to evade responsibility for his horrific actions. We know that based on the findings of the Attorney General’s report, the Governor abused his power and harassed women?—several of which were New York State employees. Impeachment or not, we must not forget that he is guilty of these crimes and that survivors deserve justice."

"I am disappointed to learn that the NYS Assembly is not moving forward with the impeachment of outgoing Governor Andrew Cuomo. His resignation was necessary, but survivors deserve accountability for his sexual harassment and our citizens need answers for thousands of nursing home deaths during the pandemic.

"New York State’s constitution limits the ability by which the members of the legislature are able to act against a governor who has already vacated their office. Let this be a somber reminder to continually reassess our laws to ensure those who have been granted power by the voters are not able to abuse it.

"It is my hope we will come together as a state to amend our constitution to continue to increase transparency and hold all elected office holders accountable in New York."

“Despite the Assembly’s decision to end impeachment proceedings against Governor Cuomo, the investigations into his wrongful conduct must continue. I call on the Assembly to release all evidence gathered to date to the public and to the appropriate investigatory agencies to ensure that Mr. Cuomo is held accountable for any unlawful or unethical actions."

"I am frustrated by the decision to suspend the Assembly Judiciary Committee’s impeachment investigation into Governor Cuomo. Upon the Governor’s resignation this week, I maintained that impeachment should still seriously be considered given the severity of all the charges facing him, as well as numerous ongoing investigations. Resignation was not a moral consideration, but a political one designed to insulate himself from threats to his pension funds and the possibility of being barred from running for office again in New York. His actions were so severe that I believe more must be done. We owe all New Yorkers answers and full accountability, especially if we will ever change the culture of state government for the better."

"Today’s announcement that the speaker of the Assembly is suspending the impeachment investigation comes as a disappointment. Since the governor shared the news of his impending resignation, members of the Assembly, from both parties, have been united in the desire to continue the Assembly Judiciary Committee’s impeachment investigation. With the committee investigating not only allegations of sexual harassment and hostile workplace, but also misuse of state resources, actions relating to the state’s nursing homes and structural defects in the Tappan Zee Bridge, the Legislature and the people of the state deserve answers to the wide range of alleged misconduct from the governor’s office. To end the investigation without a resolution or making any of the committee’s findings public is extremely disappointing."

"Impartial justice is a founding principle of our constitutional republic, and nobody should be above the law. Our public officials should be held to the highest standards possible, and by ending this impeachment investigation the speaker has denied justice to the people of this state and allowed potentially illegal acts to be swept under the rug."

“As a member of the Assembly Judiciary Committee and former judge, I have taken my role in the impeachment inquiry extremely seriously. This was an opportunity for our state government to begin to restore the public’s trust. I am extremely disappointed in Speaker Heastie’s decision to end the impeachment investigation.

“After everything New Yorkers have been through in the last couple of years, from the economic shutdown, the thousands of nursing home deaths, years of corruption, the sexual harassment scandals one after another, the book deal, to the bridge…how can the people trust a government that shuts down an investigation within weeks of its completion. This is sad news for the people of our state, and I hope our partners in law enforcement will continue to pick up the mantle and investigate these matters so the millions of New Yorkers who were victimized by disgraced Gov. Cuomo will receive some justice.”

Congressman Lee Zeldin, who is running for NY governor as a Republican:

"Speaker Heastie’s announcement is filled with massive disappointment for Andrew Cuomo’s countless victims from his many scandals.

“Nothing about detailing for the public the misconduct they uncovered.

"Nothing about naming the others currently in government who committed misconduct.

"Nothing about pursuing further oversight and answers.

"Nothing about identifying whether Lieutenant Governor Kathy Hochul was either complicit or out to lunch.

“The Speaker is now exposing his own conference members to appropriate charges of a coverup when they seek re-election next fall. The correct approach for Assembly Democrats would have been to continue seeking answers, accountability, transparency and justice. Instead, they are choosing to be accomplices to the misconduct.”

"It comes as no surprise that Assembly Speaker Carl Heastie and the Democrat Chair of the Assembly Judiciary Committee, Charles Lavine, suspended the impeachment investigation into now disgraced soon-to-be former Governor Andrew Cuomo. Corruption and backroom deals are nothing new in the halls of the State Capitol, and sadly, today is no different. One-party rule has led to this miscarriage of justice. What happens now to the victims of Cuomo’s sexual harassment? What happens now to the families of elderly New Yorkers who were sentenced to death by this Governor? What happens now to our faith and trust in elected leaders who are tasked with acting on our best interests and not special interests? Andrew Cuomo MUST be held accountable. I call on every New Yorker regardless of party affiliation to demand justice and hold their elected leaders accountable for this travesty of justice."