The only thing is, they’re not overused when done to perfection.

Steve Polito grew up in Rochester, and always had his eyes set on working in hockey.

“I knew being from upstate New York that hockey was just where I wanted to be. I wanted to be in hockey. It’s all I wanted," said Polito.

He got his first chance with an internship from the Buffalo Sabres. A couple jobs later and Polito’s career has taken off into a leadership position as the Head Strength and Conditioning Coach of the AHL’s Chicago Wolves. 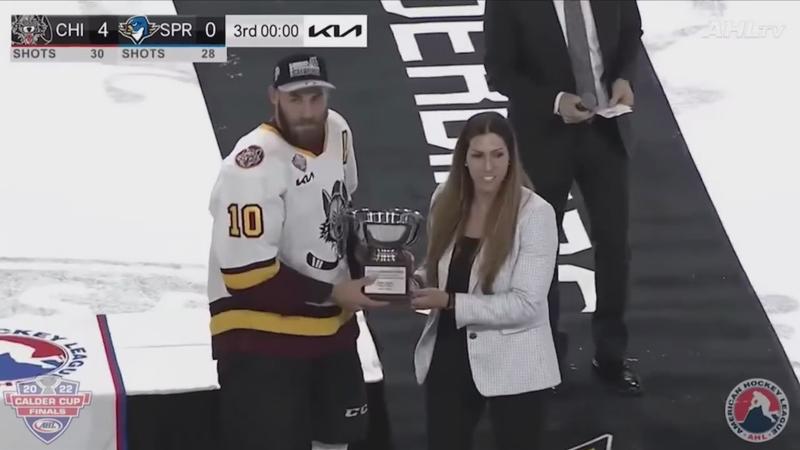 But he shies away from boasting about working for a professional sports team. It’s easy to see how gracious he is to be in this position.

Instead, the mastermind of physical health gets his enjoyment from watching others around him succeed.

"Just to see their smiles and their ability to the next level, that’s everything to me. I was more excited for them than I was for pretty much our whole staff, because I wanted them to win and get the feeling of it," said Polito.

The Wolves were the best team in the American Hockey League all year long. Their 110 points were the most of any in the league. The second most came from the Stockton Heat – 13 points behind.

Chicago dominated through the playoffs, sweeping Rockford 3-0 in the Central Division Semifinals and winning three games to one over the Milwaukee Admirals in the next round.

The Heat didn’t cool down Chicago, as the Wolves won their next series 4-2 to head into the Calder Cup Finals. There, they would defeat the Springfield Thunderbirds, four games to one, to capture their first Calder Cup title since 2008 – and third in franchise history.

Polito might not have been in charge of the game plan or roster management. But he did have to make sure his pack of Wolves were physically ready to take on the day-to-day challenges of practices and games.

“I was put in a great situation. Great staff, great players, very welcoming. Everything I was trying to teach them they absorbed like sponges," said Polito.

Polito is looking forward at making another championship run next season. But his mindset heading into the season was a slow approach – not looking ahead, but each day as they come.

"We just took it day by day," said Polito.

Another one of those sports cliches you just love to hate. But winning gets addicting, doesn’t it?