It was developed by the urban league of Rochester and it’s a lease-to-purchase affordable housing program.

The program is called L2P Westside and will consist of 41 new single-family houses for rent that will transition to homeownership after more than 15 years of renting.

“So I filled out the application and here I am,” Sara Sheppard said.

Sheppard moved into her new home about two weeks ago and is one of the first to be a part of the program. 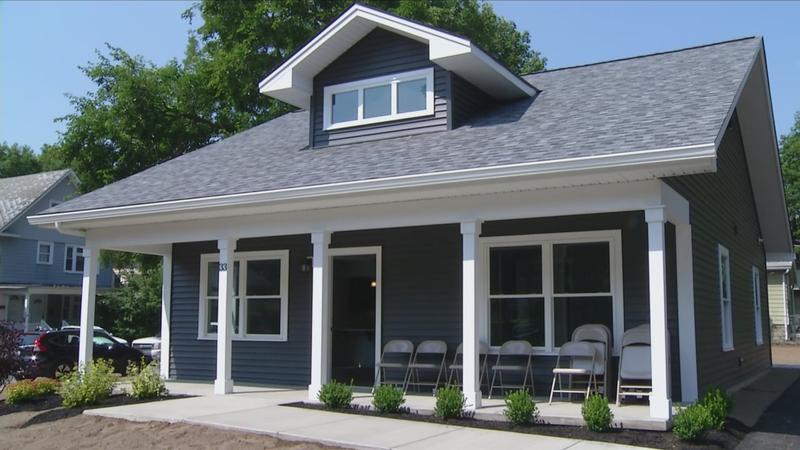 One of 41 new single-family houses for rent as part of the lease-to-purchase affordable housing program L2P Westside.[News10NBC]

“Because I want my children to be able to have something and to have stability and safety,” Sheppard said.

Monthly rent will be between $670 and $795 per month and residents have to provide basic care and maintenance to their homes.

“While they are living there the urban league provides counseling and financial literacy training to prepare them to purchase that home,” said President and CEO of the Urban League Dr. Seanelle Hawkins.

Hawkins said it’s a lease-to-purchase model that will transition the homes to affordable homeownership after 15 years.

“On year 16 they have the option of purchasing for the principal interest which we believe is between would be between $25 and 30,000 dollars which is exciting because not only is it affordable housing which everyone has a right to but also a pathway to homeownership and that’s what we want,” Hawkins said.

The equity from tax credits applied to the cost of constriction is transferred to the homeowner.

Sara said while 15 years is a long time, she’s grateful that she’ll have roots planted for her family and know that they will be taken care of.

“It’s for my kids and they’re going to enjoy it and always have a place over their head,” Sheppard said.

The Urban League hopes to have the project done by September.

If you are looking to apply or want to learn more about the qualifications for this program we will have that application process on its website or call the home leasing property manager at 585-262-6210.