Legal NY weed sales may not happen for another year

ROCHESTER, N.Y. (WHEC)— New York’s had legal adult-use marijuana laws for months now, but it could now take more than a year before weed products can be sold over the counter.

According to the New York Post, Gov. Andrew Cuomo still hasn’t appointed anyone to the cannabis control board. The five-person board would set the ground rules and regulations for recreational marijuana growing and sales.

All appointees would need to be approved by the state Senate.

To put this in perspective, the New Jersey Cannabis Regulatory Commission is already up and running, and weed growth and sales licenses are still not expected to be issued there until next year. NJ passed its law shortly before New York. 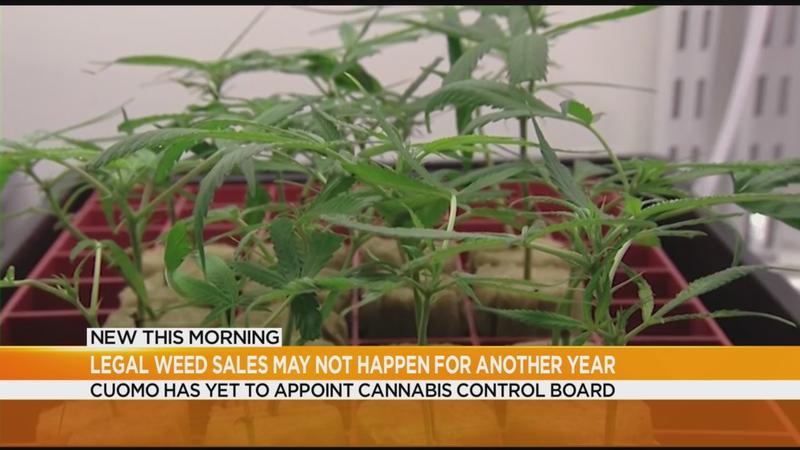