ROCHESTER, N.Y. (WHEC) – We continue to remember and honor all those that have sacrificed their lives in service to our nation.

The Vietnam Veterans of America Chapter 20 in Rochester held a ceremony at Highland Park Monday afternoon.

A ceremony of remembrance for local Vietnam veterans who gave their lives at war. The names of 280 young men who were killed or are still missing, while defending our freedom were read.

“Matter of fact, a lot of my friends at Chapter 20 here are probably his colleagues,” Ginny Nguyen. “So when the downfall of Saigon, you know, we came to America and I landed here in Rochester and then came to Webster.”

Ginny Nguyen went from a life in Vietnam as a kid to now living in Webster. In 1975 her father Doi Nguyen was a Lieutenant Colonel with the Green Beret Special Forces with the South Vietnamese army when he came home and said they had to get out. 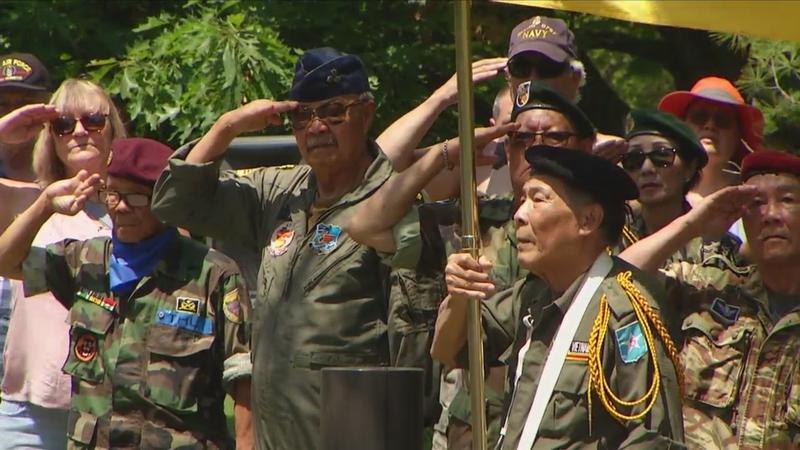 Now, his grandson Richard is following in his footsteps inspired by his military service now serving in the navy as an officer recruiter.

“He’s the reason why I’m here,” Richard Nguyen said. “So, he’s a South Vietnamese Green Beret. So, tip of the spear in everything. So he served his country and the United States took our family in and so I wanted to serve mine.”
Wanting to give back to our country and community while honoring those that did the same before him.

“Time and tried true tradition that we can give back to them,” Richard Nguyen said. “Just being here in uniform and also just being here and presence, listening to everybody’s name being called out, it’s just an honor for me to be part of the lineage and also carry on the torch and move forward and protect this country.”

During the ceremony, they say each year in Monroe County we lose about 12-hundred veterans who have died from the effects of war.