BRIGHTON, N.Y. (WHEC)— If you happen to pass through Brighton, you may come across a tribute to our fallen heroes.

The display, now honoring the 20th anniversary of the 9/11 attack, is outside the home of Steve Preston. We’ve told you a lot about him.

Every year, Preston puts up the display as a way to honor those who have died, and to recognize the special bond between first responders, something he knows all about.

Preston is a career firefighter in Brighton. He developed cancer from the toxic fumes he inhaled in burning buildings while on the job. The treatment caused organ failure and his kidney worked at less than 10 percent.

He needed a lifesaver– and got one in 2019. It came from his lifelong friend and Rochester City Firefighter Dave Warren, who was a match. 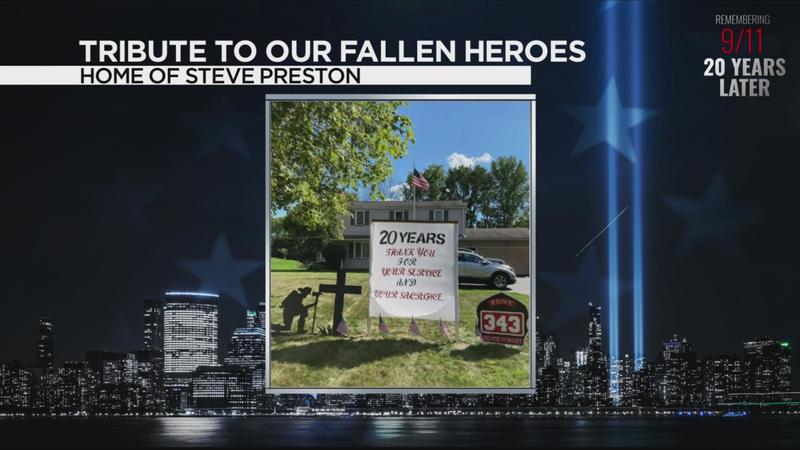 The two say it’s second nature for firefighters to have each other’s backs.