ROCHESTER, N.Y. (WHEC) — Roberts Wesleyan might not be the visible Men’s Lacrosse team, but they’re quietly making some noise. At the center of all, Rochester’s own Ryan Prine.

"Trying to find my roll and not go out of that and just do as much as I can," said Prine.

"Prime time," said Roberts Wesleyan Head Coach Rocky Delfino. "His name as Prine. But I call him prime time, you know, just to, you know, help boost him up a little bit, you know. In practice sometimes he’ll make an amazing play and you just sit back."

He certainly lived up to the name in high school, helping Webster Thomas to a Section V Class B Title last year. Now, trading in his blue and gold for red white.

"Preparing our bodies is one of the biggest things I’ve taken from that to here," Prine said. "You know, it’s a physical game."

But the jump from high school to college hasn’t been too physical to master. Prine scored in his first game as a Red Hawk. Two weeks ago, he netted a pair of goals and caused two turnovers in their win over Saint Thomas Aquinas. 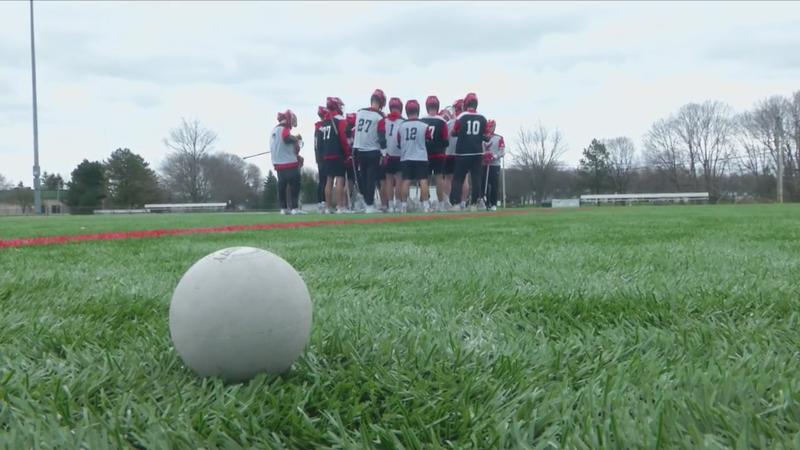 "We usually play about 23 to 24 guys in the game," Delfino said. "So that gives these guys, especially the younger guys, some opportunity to get some game time. So, you know, when they get it, I tell them, you make the most of it."

As for the Red Hawks, nine wins through the first ten games was a new program record. Webster’s own has helped get them there.

"Try not to be a selfish player," Prine said. "You know, like I said, accolades are cool, but we’re our team here and you know, everyone’s got their role and we’re going to stick to that and try to get everybody involved."