ROCHESTER, N.Y. (WHEC) — Guardians of Hope, a local nonprofit spent time on the ground in Ukraine, handing out food and medical supplies.

They just got back into the United States last week from their second mission to the country. Members from the organization detailed the mass destruction they saw, and what it was like seeing Ukrainians who thought it was the end.

The organization went over to Ukraine with suitcases full of medical supplies and money for food, the co-founder of the organization, says this is a trip that will linger with him forever.

"We met and have a picture, of a woman just smelling the bread because she didn’t know if she was ever going to smell bread again,” Cameron Knaub said.

Pure evil, complete destruction, and a ghost town, that’s how Knaub, detailed what he saw while on the ground in Ukraine. 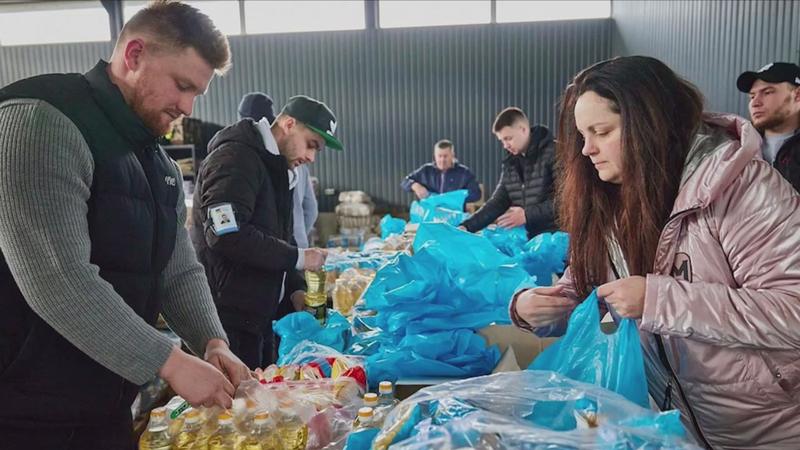 "Bucha was taken back by the Ukrainian military, we were able to get into the city when it was just military sweeping the grounds for mines and they were picking up hundreds and hundreds of bodies that were just all over the streets,” Knaub said.

A group of five, including Knaub took suitcases full of medical supplies overseas and bought food to donate when they arrived.

"So each person brought over 500 pounds of medical supplies, trauma kits gauze things like that,” Knaub said.

Knaub said members of the Rochester community helped them raise $100,000 to make that happen. They were able to give people enough food for a week.

"Folks were just in their basement terrified, and as one came out, they came to the van, and when they realized what it was they came out one by one and there were lines of people grabbing food,” Knaub said.

Knaub said though he met so many people, an interaction one of his teammates had with a woman grabbing food, sticks with him.

"She said, thank you so much for everything, and she says son, do you know Jesus?" Knaub said. "And he said yes, he’s the one that sent me. And that interaction between them was incredible.”

Knaub says they were able to establish a Guardians of Hope chapter in Ukraine to provide daily help and plan to go back. Anyone who wants to donate, or volunteer can find out how to do that here.