BRIGHTON, N.Y. (WHEC) — Some Special Olympic contenders are keeping that Olympic spirit going, even as this year’s winter games wrap up.

The local round of the Special Olympic competition took place at Bill Gray’s Iceplex over the weekend.

Silver Blades is a team that ranges from ages 13 to 38. Skaters say they don’t let their disability keep them from doing something they love.

Silver Blades Special Olympics figure skating team is made up of 10 skaters, and the athletes range in disabilities. Each skater danced or did tricks to their favorite tunes. One skater, 38-year-old Matt Gabello, says he was diagnosed with Fragile X syndrome, which is a genetic condition. He says he’s been on the ice since he was a teen. Gabello says the Special Olympics gives him and his teammates the opportunity to be professionally involved in a sport.

"I have Fragile X syndrome – that’s a part of me. I’ve had it since I was a child. Anyone with disabled issues can come and skate with us. They’re welcome, too. We can help them figure skate, and we can help them as athletes,” Gabello told News10NBC. 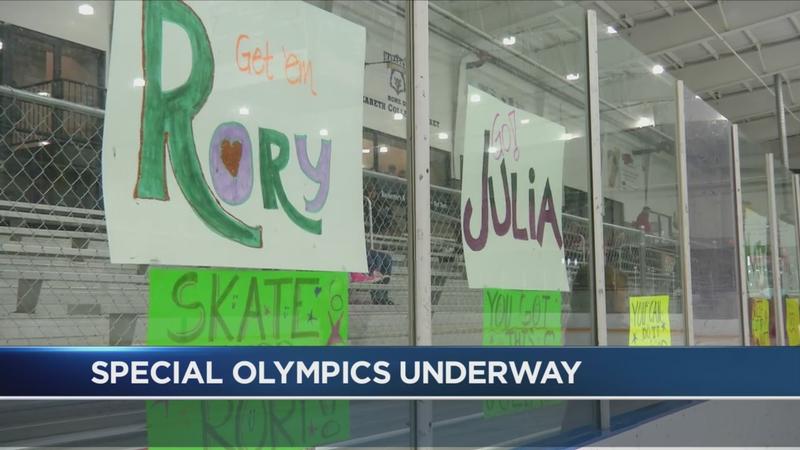 Nicole Fess, the head coach for the team, has been participating for years, and each year she’s amazed.

"We really like to push a point that it is a legit competition just like going to the Olympics and seeing a competition. It’s a great opportunity to provide completion to athletes that might not have the chance," Fess said.

The competitions will wrap up next weekend .