ROCHESTER, N.Y. (WHEC) — After discovering that a local World War II veteran had never been properly honored for his service, one local Red Cross volunteer sprang into action.

At 98 years old, Joseph Young Jr. received a Red Cross Quilt of Valor Wednesday, 75 years after he served his country.

It all started with a trip to a Wreaths Across America event in December.

"It’s a little overwhelming, especially this time at my age, it’s been so long, so much has been forgotten," Young said. 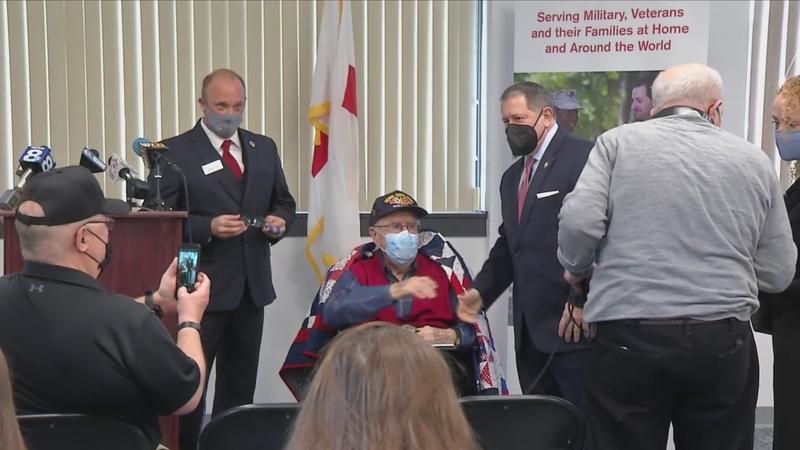 The second lieutenant and Rochester native served from 1942 through 1945 under General George Patton, stormed the beaches of Normandy and fought through Europe.

He was awarded a Good Conduct medal, a WWII Victory Medal, European African Middle Eastern Campaign with Three Stars, and an American Campaign for his service.

Young returned home to raise a family and build a 36-year career at Eastman Kodak.

Quilts of Valor was founded in 2003 in an effort to help service members heal through the comfort of a quilt. The group expects to award its 300,000th quilt this year.