Long-time employee of House of Mercy talks about security protocols

ROCHESTER, N.Y. (WHEC) – The suspect who police say stabbed two men at the House of Mercy faced a judge. Nathaniel Jean-Pierre III was arraigned Tuesday for the Sunday night attack. He’s charged with second-degree murder for the death of 68-year-old Michael Nairy, but that’s not his only charge.

News10NBC was in the courtroom where the name of the second victim was released. The surviving victim is identified as Cameron Schuler. He’s already been discharged from Strong Hospital.

"This is really troubling, because we never had a murder in the House of Mercy," Crystal Lenear, a Shelter Monitor Assistant.

Our cameras were not allowed in the courtroom for Jean-Pierre’s arraignment. The hearing lasted less than 10 minutes where he pleaded not guilty, and was assigned a public defender to represent him at his preliminary hearing. Monroe County Assistant District Attorney Megan Hauser also asked the judge for an order of protection to prevent Jean-Pierre from contacting the House of Mercy.

"The defendant will continue to be held for that preliminary hearing. No bail, no release. It’s just a typical order of protection for any surviving victims in the court system. So that’s pretty typical," said Hausner. 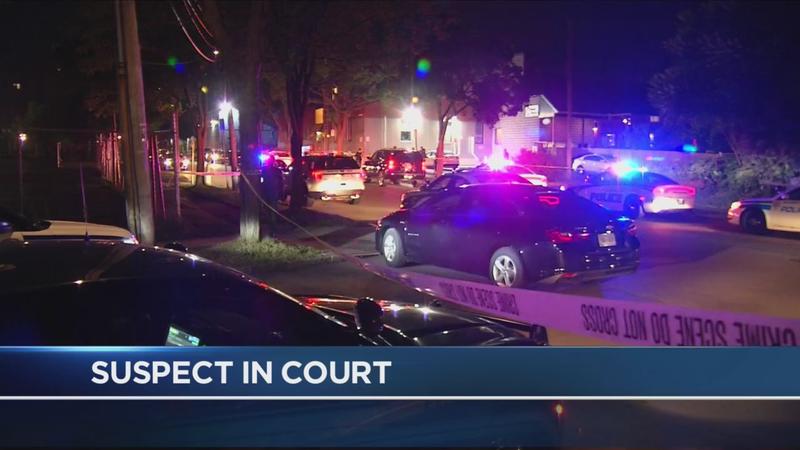 Lenear has worked at the House of Mercy for 29-years, and she’s known Jean-Pierre since he started staying at the homeless shelter.

"He has mental issues, and yes he was going through things, and we tried to comfort him, and tell him you don’t have to be afraid here, we got your back. Let us know if someone is messing with you," said Lenear.

According to the court’s charging document, police say Jean-Pierre stabbed his two victims in an unprovoked attack using a machete. News10NBC’s Patrick Moussignac asked Lenear directly about security protocols at the shelter.

Moussignac: "Do they check bags?"
Lenear: "Yes we do check bags."

Moussignac: "How was it that someone is able to get a machete inside?"
Lenear: "Because like I said, at night there’s barely people working at night. So therefore it can get through, like through clothing, or whatever, or shoes, or boots, or anything that we don’t really tell them to take off."

We reached out to the head of the House of Mercy for further comments, but haven’t heard back from the shelter yet. A preliminary hearing is scheduled for Friday morning at 11:30.