It was just days later that Brittanee’s mother, Dawn Plecken, was making her first public plea for her daughter to come home. Pleading for Brittanee to, "Please call mom or dad. We love you and want you to come home."

Over the next month, Brittanee’s family and friends canvassed Ocean Avenue in Myrtle Beach. They handed out fliers, put up posters, and looked for anyone that might have information that could help bring her home.

For Chad Drexel, Brittanee’s father, it felt like a dream. He told News10NBC, "You never think this kind of thing could happen to your own kid." 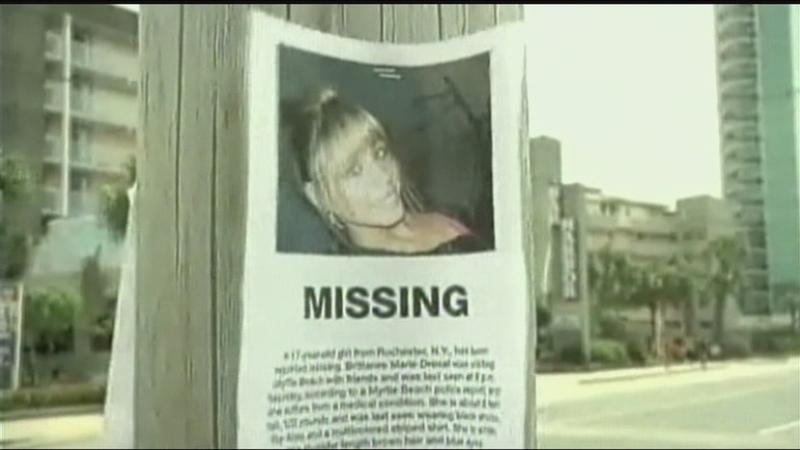 Plecken knew she couldn’t, "get my hopes up. I just can’t, because that breaks my heart enough as it is, because we can’t find her."

Searches came up empty, hope began to fade, and the trail had grown cold.

That was until June of 2016 when federal authorities held a press conference acknowledging that they were certain Brittanee was dead and saying they knew she had been seen in McClellanville.

"We think she was held against her will — at least for a portion of the time she was here," FBI Special Agent David Thomas said. "We do know Brittanee was in this community for several days. It wasn’t just a one-time passing through. So, by being here for several days, other people came in contact with her, saw her, know that she was here."

Just months later, there was another major development. The FBI identified a target in the investigation — Timothy Da’Shawn Taylor.

An FBI agent testified that a jailhouse informant told them Brittanee was kidnapped, shot to death, and dumped in an alligator pit. The informant told them he was at a McClellanville "stash house" a few days after Brittanee’s disappearance and witnessed her being sexually assaulted by Taylor and others.

Since then, News10NBC’s Brett Davidsen has spoken exclusively with both Taylor and the jailhouse informant.