ROCHESTER, N.Y. (WHEC) — There’s a new push for the Department of Justice for a civil rights investigation into how law enforcement has responded to protests over Daniel Prude.

They made the announcement Monday morning in front of the Public Safety Building during a press conference.

The leaders say there is evidence that the First Amendment rights of protesters are being violated when police declare assemblies unlawful and use what they called excessive force to disperse crowds. 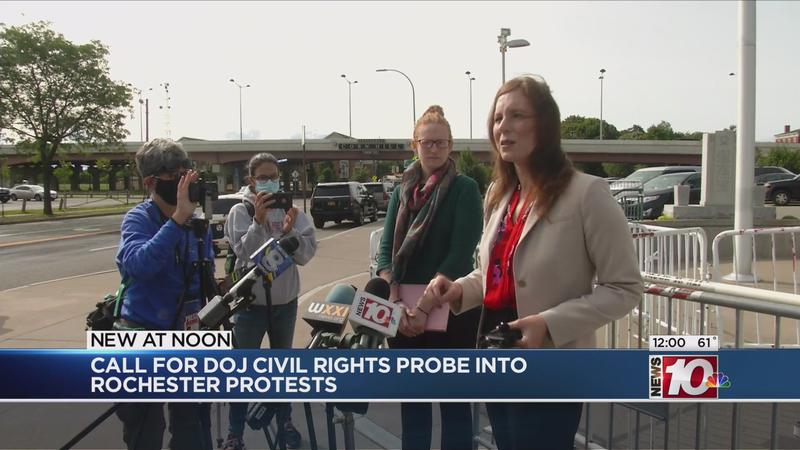 "You know there have been tanks and dogs pepper balls pepper spray tear gas, a really disproportionate response to peaceful protesting and these are chemical weapons that are being used against our people," Lupien said. "Our people are not the enemy and we are not at war."

They say they’ve heard several reports of serious injuries, including someone who Barnhart says, will lose an eye.

Barnhart and Lupien are asking the DOJ:

• What law enforcement agencies participated in the protest response in Rochester in September?

• Who was supervising the response on each night of the protests and directing an escalated response?

• What weapons and chemicals were used on citizens?

• Were these weapons and chemicals used appropriately?

• Did law enforcement violate the civil rights of protesters?

The Rochester City Council encourages anyone who wishes to share experiences at the protests to sign up for Wednesday’s Community Listening Session at 5 p.m. The event will be held on Zoom and streamed live on Facebook and Youtube.

News10NBC has reached out to RPD and the City of Rochester for a response to these claims.