ROCHESTER, N.Y. (WHEC) – We have some heartbreaking news from the Seneca Park Zoo.

One of the two Canada Lynx kittens has died. Friday, zoo officials announced the death of a female kitten.

She and her brother were born in early June. Zoo officials say the kitten was showing signs of distress and lethargy Thursday morning and was given veterinary care.

They determined she had a congenital disorder, which caused pressure on her brain, so they chose to euthanize her.

“This condition causes excessive fluid to develop in the brain, which increases pressure in the skull leading to brain damage,” said Dr. Chris McKinney, Veterinarian at Seneca Park Zoo. “This kitten had a severe case which led to a rapid decline once the pressure on the brain built up. The kitten’s prognosis was very poor, so the decision was made to perform euthanasia." 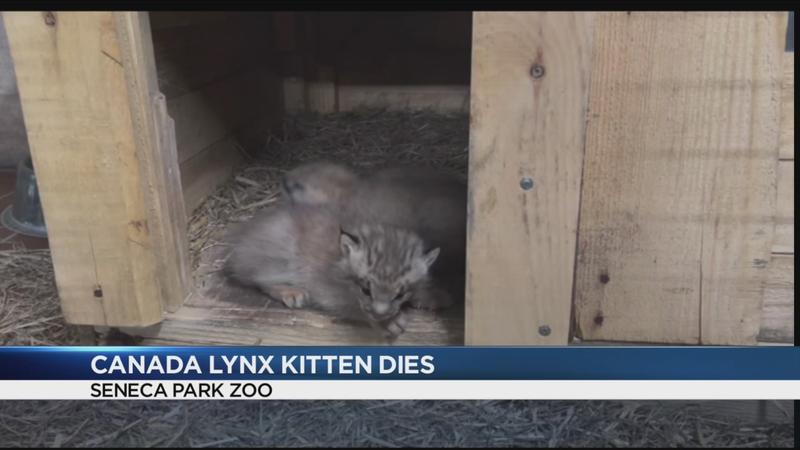 “While saddened by this loss, the Seneca Park Zoo animal health, and animal care teams will continue to monitor the remaining kitten and his parents,” said Steve Lacy, Superintendent of Seneca Park Zoo. “We are truly dedicated to providing world-class care for the lynx, and all of the animals here at the Zoo.”

The zoo says the remaining kitten shows no sign of the disease, but they are monitoring him closely.