MACEDON, N.Y. (WHEC) — You probably heard by now, The main street armory has canceled the controversial ReAwaken Tour that was scheduled for next month in Rochester.

Opponents said the event pushes an agenda of hate and division, but organizers tell us tomorrow they’ll be announcing a new location to hold the conservative conference.

Event organizers said they will still hold it in the area, it’s unclear where that may be, but Macedon may be on the list.

“I can confirm that we have 5 different venues that have agreed to host us, and I’m just working on the final details,” tour organizer Clay Clark said.

Clark’s ReAwaken America Tour here in Rochester had been canceled, but he said they have 5 other locations in the area that they are looking at. 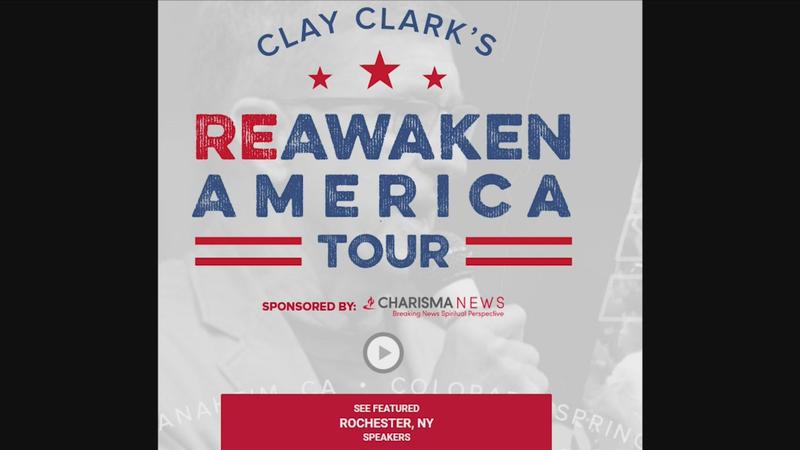 “Don’t really have any opinions on that because like I said, I like to keep to myself and mind my own business, Jackie Frazier said. “I’ve seen enough that, you know, I’m just I’m not in all that political stuff.”

Frazier is indifferent. He cares little about where the event will be held.

“It doesn’t bother me, as long as you keep it over, then don’t come messing with me. Each his own.” Fraizer said. The tour is a conservative conference featuring 3-dozen speakers including Michael Flynn and Roger Stone.

The event has been accused of pushing an agenda of both hate, and division.

Keeping the event out Rochester was the work of many leaders including those in the faith community who say encouraging division or hate has no place in the city.

“I just kind of keep to myself,” Kyle Ahart said.

“I’m mostly like a libertarian type person. So, everyone has the freedom to speech as long as they’re not hurting somebody else or acting negatively towards anybody else. So, I mean it doesn’t really matter to me,” Ahart said.

Again Clark said they have not officially chosen Macedon, that announcement will be made tomorrow.