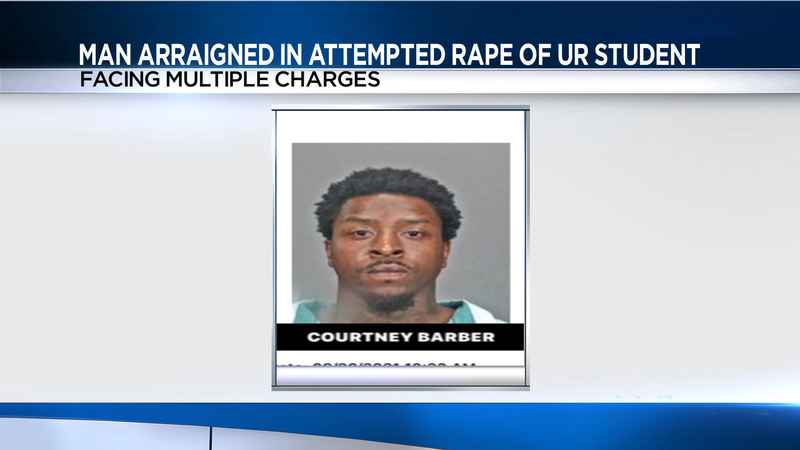 ROCHESTER, N.Y. (WHEC)— A man has been arraigned on several charges in connection to an attempted sexual assault and robbery of a University of Rochester student, court records show.

The alleged incident was first reported by the university on Saturday, as it sent an alert to students. The Rochester Police Locust Club posted a Tweet about it Monday morning.

The university says it happened in the Genesee Valley Park path area south of the Staybridge Hotel around 12:30 a.m. It says a passing witness first notified a university Department of Public Safety officer of someone screaming nearby. Officers found the student, who said an "unknown male" had come up from behind her and attempted to sexually assault her. There was a struggle, and the suspect ran off.

News10NBC is working on getting a copy of the criminal complaint. We have also reached out to UR’s DPS office for comment.

The university says DPS is still investigating the incident, and anyone with information is asked to call (585-275-3333.