ARCADIA, N.Y. (WHEC) — A man was taken to Strong Memorial Hospital with burns after a fire at a motel in Wayne County.

Deputies believe it was caused by careless smoking.

It happened overnight in the Town of Arcadia.

A man woke up to a fire in his room and he was burned on his arms and torso. 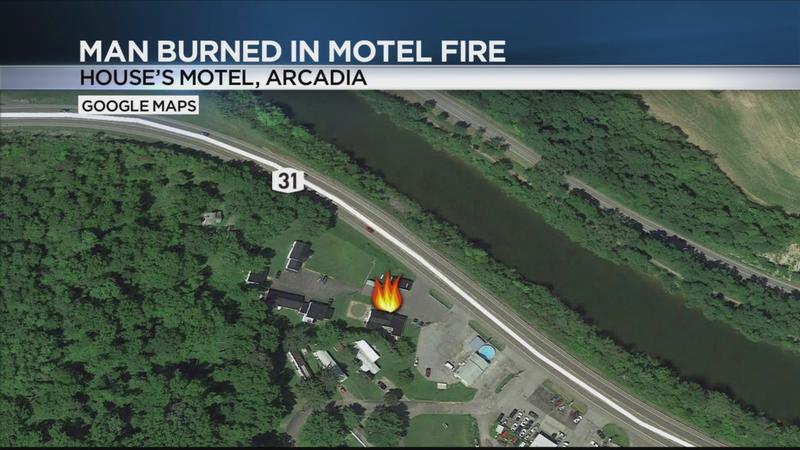 The Newark Fire Department was able to keep the fire from spreading to other buildings.