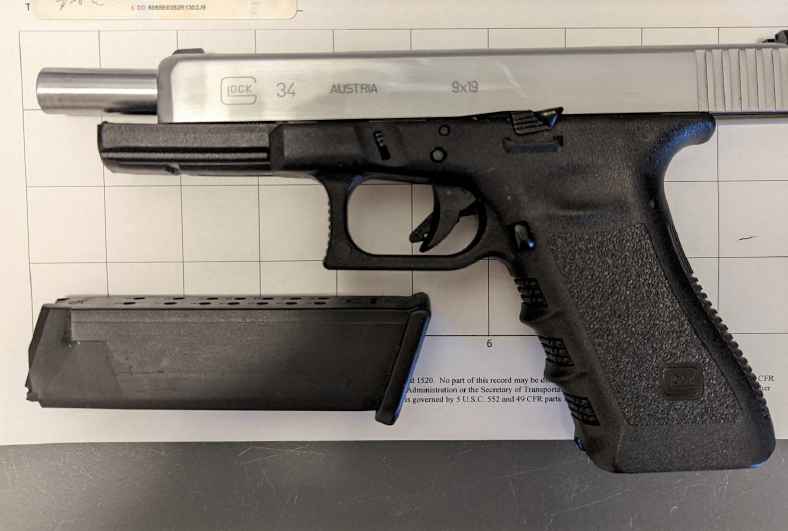 ROCHESTER, N.Y. (WHEC) — A man from Arizona was stopped by security at the Frederick Douglass Greater Rochester International Airport checkpoint and found with a loaded handgun on Monday.

Officials say the gun had 16 bullets loaded at the time, with one in the chamber. They stopped the man as it was detected that he was entering the TSA checkpoint with his carry-on items. Security was able to spot the gun when it came across the X-ray unit. They notified police who took away the weapon.

People are permitted to travel with guns as long as they are in checked bagged, properly packaged, and declared at their airline ticket counter.