ROCHESTER, N.Y. (WHEC) — We are uncovering new information about the Canadian man who was stopped in Livingston County a few months back with a duffel bag full of guns. Badri Ahmed-Mohamed is scheduled to appear in court tomorrow. But tonight, we’ve obtained his statements to police—in which he claims he was pressured into moving the guns.

It started as a routine traffic stop. It ended with the discovery of dozens of guns. We now know more about where these guns came from.

Here’s the background: In April, police pulled over the driver of a car for speeding on Chapel Street in Mt. Morris. The officer was immediately suspicious when the driver, Badri Ahmed-Mohamed, 37, could not tell him where he was heading.

"Primarily the operator was beyond nervous and exhibited a lot of—he showed he was very upset," said Mt. Morris Police Chief Jeffrey Wiedrick shortly after the traffic stop.

According to the police report, "Badri was stuttering and shaking when patrol asked him each question." When asked if there was anything illegal in the car, police say "Badri began to cry and stated to patrol: ‘They made me do it. I did not want to do it but they made me.’" 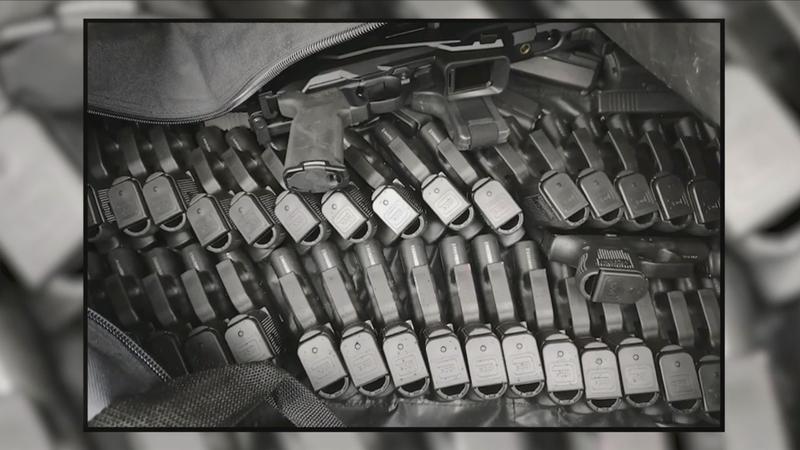 A search of the trunk of the car turned up this: 58 semi-automatic pistols and high-capacity magazines stuffed into a duffel bag.

"The officer was clearly stunned and so was I when I received the phone call," Wiedrick said.

Badri Mohamed was arrested and later indicted on charges of criminal possession of a weapon in the first degree. Police in Mt. Morris are now working with the ATF and other federal agencies on the case. Neither the district attorney nor the ATF would comment.

But Mohamed provided information to the police. According to his statement obtained by News10NBC, Mohamed worked in a flower shop in Ottawa, Canada, and met up with a man, who he referred to only as "Ahmed," who wanted to partner with him. Ahmed wanted Mohamed to do a job for him in Houston, Texas, and booked him on a flight. Mohamed says he tried to say no but felt Ahmed was "very dangerous." In his statement, he says Ahmed threatened him and "said if I did not do the job he would hurt me."

So Mohamed got on a plane, first to Montreal—then connected to Houston. In his statement, he says Ahmed told him to get a motel in Houston and wait for further instructions. After about a week, Mohamed says another man, who did not tell him his name, showed up at the motel with the guns and a car. He told police, "the male gave me a phone and told me to drive where the directions say to go." Police will not say where those directions led to.

Mohamed headed north and drove for two straight days, getting as far as Mt. Morris before he was stopped by police. In his statement, he said, "When I was pulled over today I did not want to be in trouble so I wanted to tell the officer about the bag."

Federal authorities would not say if they are pursuing leads on a larger-scale gun trafficking ring. And Mohamed’s attorney did not respond to several messages left for him at his office.