ROCHESTER, N.Y. (WHEC) — Rochester Police have arrested a man for two attempted carjackings in the city that happened on Tuesday night.

Police got a call from a woman around 9:15 p.m. saying a man tried to take her car at gunpoint in the area of Atkinson and Adams streets, but wasn’t successful. Shortly after that, a man tried to forcefully take a vehicle using what looked like a gun on Tubman Way.

Moody was arrested by police in the area after a chase that led them from the area of Ford Street and Atkinson Street to a yard on Coretta Scott Crossing.

He was arraigned on Wednesday morning. 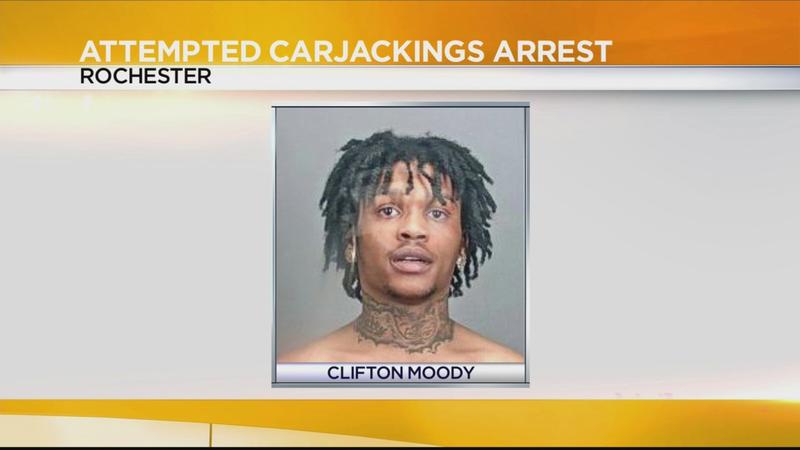