ROCHESTER, N.Y. (WHEC) — Rochester police made an arrest in two robberies they say are connected on Thursday.

The first one happened on June 28 at Canandaigua National Bank on Mount Hope Avenue.

Police say the suspects took off in a stolen car that ended up crashing. A 16-year-old was taken into custody.

Then on July 4, police say the 7-Eleven store on Lyell Avenue was robbed at gunpoint. Again—the suspect took off in a stolen car which later crashed. The driver ran off.

Police later identified Samuel White Jr., 37, as a suspect in both. 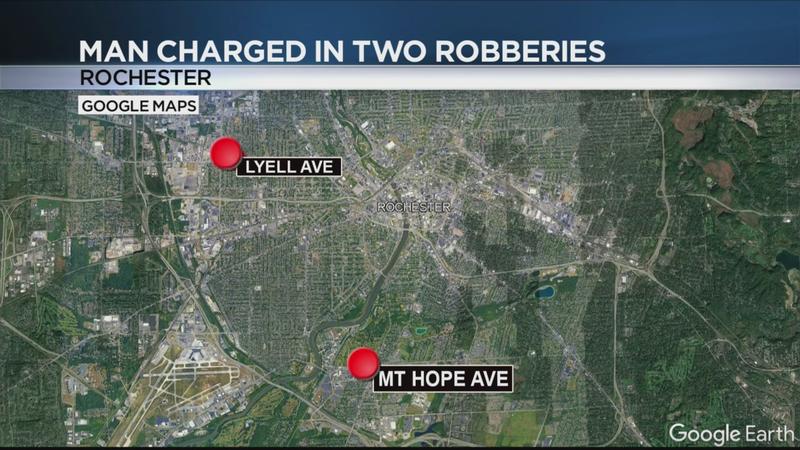 White also had an outstanding warrant for allegedly robbing the same bank back in May.