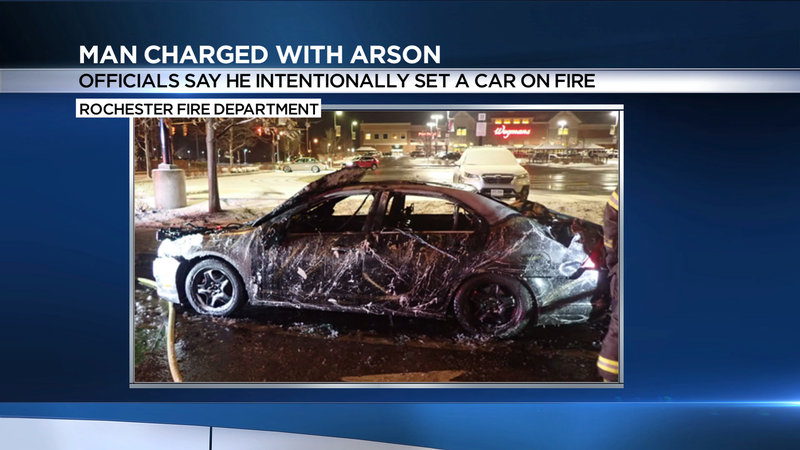 ROCHESTER, N.Y. (WHEC) — A man was charged with arson after investigators say he set a car on fire on the road adjacent to the Wegmans on East Avenue last weekend.

That suspect was found on Wednesday and taken into custody.

Investigators are not releasing his name at this time.