ROCHESTER, N.Y. (WHEC) – A man who who led police on a chase through the city in January that ended up killing another man has been indicted on several charges.

27-year-old Kendre Preston is facing a host of charges including second degree manslaughter and vehicular manslaughter, along with several weapons and drug charges.

Police tried to pull over Preston as they suspected him of firing a gun at several places throughout the city. His SUV was going 76 miles an hour according to court papers obtained by News10NBC when he hit another car, killing the driver, 46-year-old Benji Martinez.

Rochester Police say Martinez’s car was hit on the driver’s door when Preston sped through a red light at E. Main and St. Paul Street.
The court papers say the force of the impact pushed Martinez’s car 300 yards down Main St.

Rochester Police say they found a loaded handgun and magazine in Preston’s SUV, painted yellow, blue and orange to make it look like a toy gun. 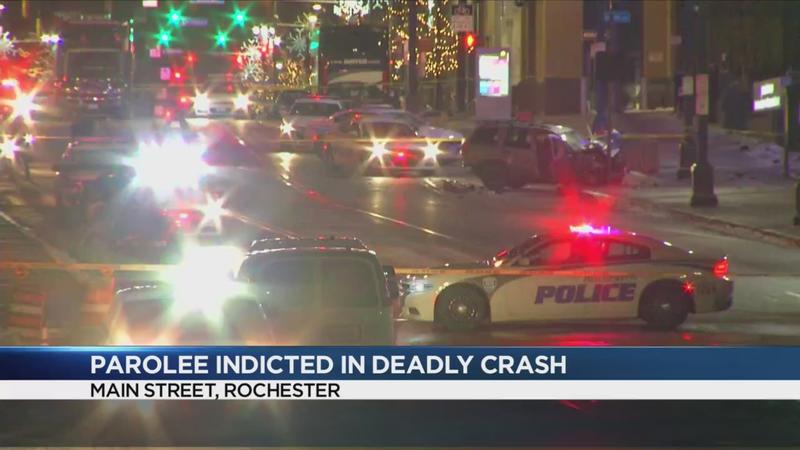 Preston spent four years in prison on a gun charge. He was released to parole 12 months ago. He got sent back to prison in September, accused of violating that parole and released again in November.