ROCHESTER, N.Y. (WHEC) — Police say that one man has been shot in the 500 block of Thurston Road Wednesday afternoon and remains in serious condition.

According to Police, one male in his twenties has been shot at least once.

The victim was found outside of a small apartment building with at least one gunshot wound. He has been transported to the hospital where he is considered in serious condition with life-threatening injuries.

Investigators have blocked off several streets in the area as they search for clues in this shooting incident—the second shooting in the area in the past 5 days. 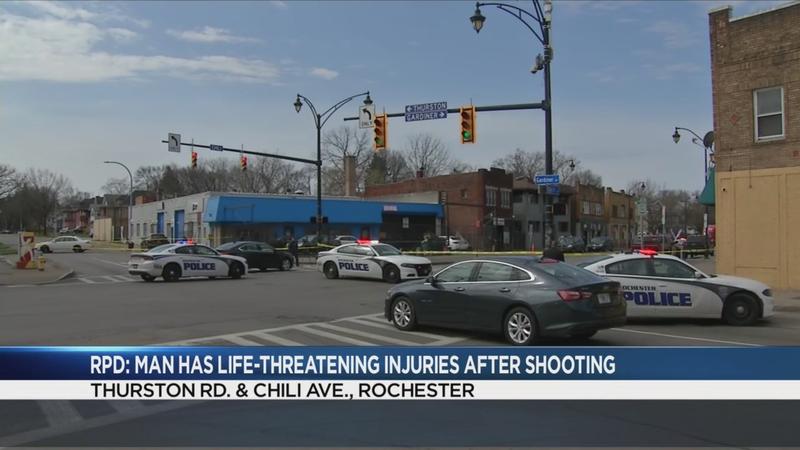 Police are asking that anyone with information to call 911.

Here’s what Lieutenant Greg Bello had to say about this latest incident:

"Unfortunately the other day we had a shooting here as well. I believe that Saturday and there is currently a male in life-threatening condition due to that shooting here on Saturday. Clearly, it’s an area that is a focus for us, second shooting with serious condition in a matter of days, so yes it’s clearly a focus. Our community affairs bureau is going to be down here doing some outreach in this neighborhood to see what we can do to stem the tide on some of these violent assaults that are occurring."

This story is developing and will be updated as more information comes in.