ROCHESTER N.Y. (WHEC) — The man accused of assaulting three Rochester Police Officers after setting fire to his apartment and then choking an employee at Strong Memorial Hospital was indicted Tuesday.

It happened at The Hamilton Apartments on Mt. Hope Ave on March 28.

Vernell Moxley, 47, was arrested on April 15 after he was discharged from Strong Memorial Hospital.

Police say Moxley began assaulting officers with a blunt object immediately after they knocked on his apartment door in an attempt to respond to a 911 call requesting police and an ambulance. During the struggle, police say they noticed flames coming from the apartment. 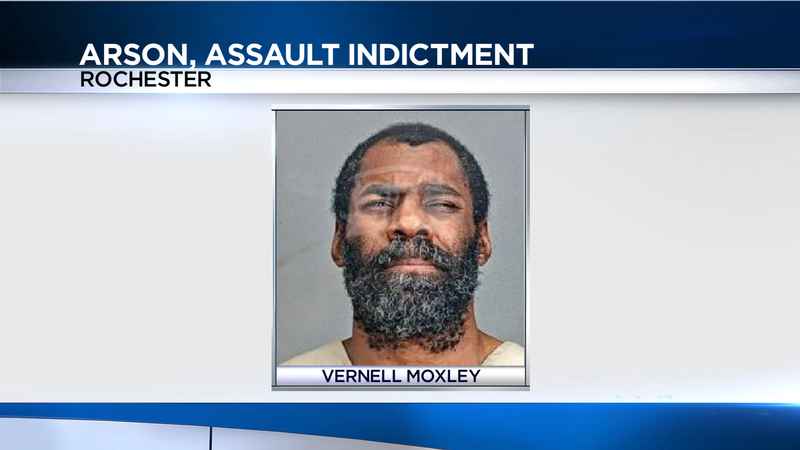