News10NBC was at New York Western District Court for his arraignment. Neither cameras, nor members of the media were allowed in the courthouse by federal marshals. The official charge as it stands is, assaulting a Member of Congress with a dangerous weapon.

FBI agents led handcuffed 43-year-old David Jakubonis to a waiting car after he faced a federal judge. Instead of using the front entrance on State Street, he was taken out on the Andrews Street side of the building. After securing him in the vehicle, they immediately left the courthouse.

"And there’s only, there’s only one option. You’re done, you’re done." That was part of the exchange between Congressman Zeldin, and Jakubonis.

News10NBC was the only station that caught the entire incident when Jakubonis got on stage, and attacked Zeldin. Nick Stefanovic, Director of the Monroe County Veterans Service Agency was there, and witnessed everything. 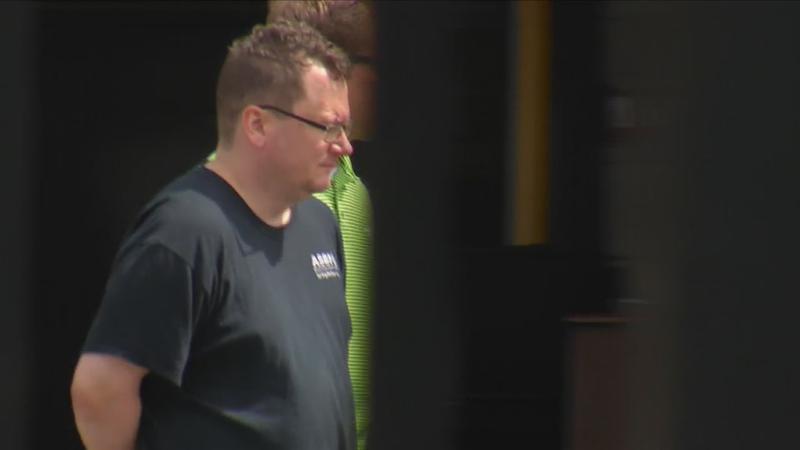 "Everybody kind of had an idea of what he was, because he had on an Iraq Veteran hat on. He had some military tattoos," said Stefanovic.

He continued, "You know it was pretty clear even to Joe Chinelly who was involved in it that he was a veteran that was struggling to the point where Joe was actually telling him hey I’m going to connect with you after this is all said, and done. We’re gonna get you some help."

Stefanovic confirms that Jakubonis is a combat veteran that served 2 tours of duty in Iraq.

"He’s a Bronze Star Recipient, meaning he’s done something in combat that was worth that award, and that award is very rare," said Stefanovic. He went on to say, "Takes quite a lot to get an award like that. There’s not many of us that have it."

Stefanovic says Jakubonis is not someone that should be dismissed as a lost cause. He needs to be surrounded by support for his mental health issues.

"The VA has been engaged already about him all the way from the top. I heard yesterday that the Secretary of the VA, Secretary McDonough in Washington has been informed of this case, and has made sure that VA mental health access is completely opened to him when he is ready to accept it. My understanding is they have also called, and let him know that," said Stefanovic.

As a veteran himself, Stefanovic has faced his own mental health issues, and offers this to Jakubonis:

"There is very little in this world that you can’t redeem yourself from, and I hope Mr. Jakubonis realizes there are people out there with their hands out, and that he’s is not passed the point of redemption, and he can fix this," said Stefanovic.

Congressman Lee Zeldin, who is also the GOP Candidate for the State’s Governor’s seat released this statement saying, “I’m thankful that federal authorities came in to do what New York State’s broken pro-criminal justice system could not – uphold the rule of law. The state must start prioritizing the safety of law-abiding New Yorkers over criminals. Cashless bail must be repealed and judges should have discretion to set cash bail on far more offenses.”

Click here if you’re a military veteran in need of help.