Marshals: 1 in custody, 2 outstanding after pursuit leads to crash on North Street

ROCHESTER, N.Y. (WHEC) — Police and U.S. Marshals have one person in custody and are still looking for two people, including a man wanted for a shooting that happened back in May in the City of Rochester.

The incident started Friday morning when a U.S. Marshals task force saw the wanted man get into a vehicle with two others.

Marshals attempted to stop the car, and it appears to stop at first, before driving off as law enforcement officers approached it.

Marshals pursued the vehicle. It ended up crashing near North Street and Clifford Avenue. 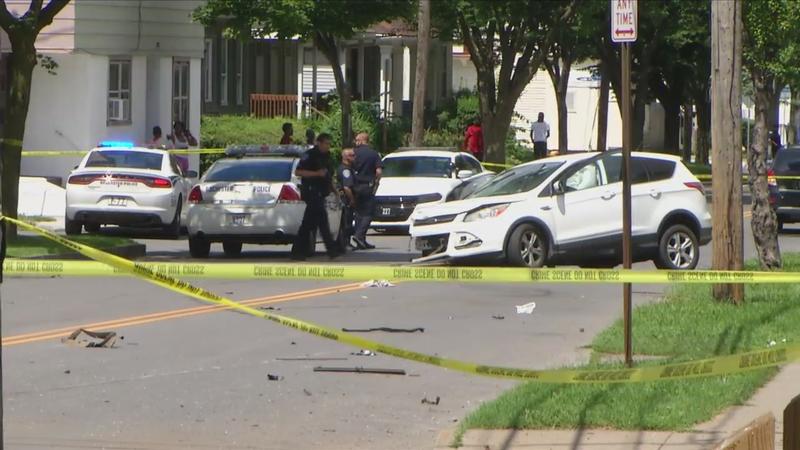 All three people ran out of the car.

Law enforcement officers were able to arrest one of them, but two people are still outstanding, including the wanted man.

“We’re still looking for the individual that’s wanted for the shooting, and that’s why you see the helicopter above," said United States Marshal Charles Salina. "So we have a good perimeter set up, and we remain hopeful that the individuals that took off are in the perimeter, but right now we have this vehicle that is wrecked.”

An unmarked law enforcement vehicle hit a parked vehicle in the crash. Salina said the officer is OK, though the vehicle is not. Salina said no civilians were injured during the incident.

Monroe County Sheriff Todd Baxter said while the man is still outstanding, he appreciates the help of the U.S. Marshals task force.

"Although he’s not in custody right now, he is running from police as opposed to being out and shooting innocent victims," Baxter said. "That’s an important statement.”

News10NBC will provide updates as they become available.