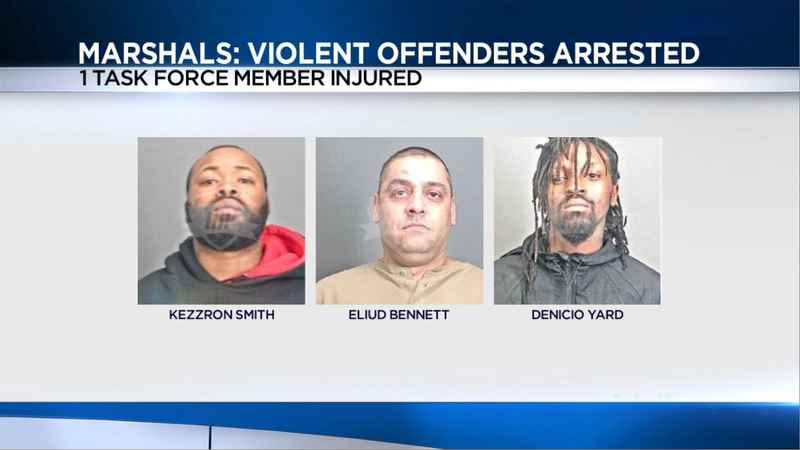 Marshals arrested Jeffrey Denson, 36, for second degree menacing involving a firearm and say he had a handgun on him at the time. Mobile Patrol does not have a mugshot available for him as of Friday night.

Kezzron Smith, 34, was arrested by the taskforce for menacing involving a firearm after a short struggle where a task force member was injured. A handgun was recovered. Marshals say he is currently on parole so he will be charged with additional parole violations.

Marshals say while one task force member was injured, it was not serious and none of the other arrests resulted in injuries.