Mayor Evans: ‘If you feel you are losing control of your child… call us’

ROCHESTER, N.Y. (WHEC) — Rochester Mayor Malik Evans said it’s been a sobering start to the year: A 14-year-old murdered, a 3-year-old shot, a 30-year-old man killed Wednesday night, and an 18-year-old arrested for shooting at police.

Thursday Evans said he’s moving his violence prevention programs into the office of the mayor for better control and communication.
But we what you to see the part when the mayor talked directly to parents, kids and witnesses.

Here are the numbers to put in your phone: The easiest to remember is 311. You can also call Pathways to Peace which is now in the mayor’s office. It can be reached at 585-428-6339.

Brean: "Right now, do you think the city is a safe place to live, work and visit?" 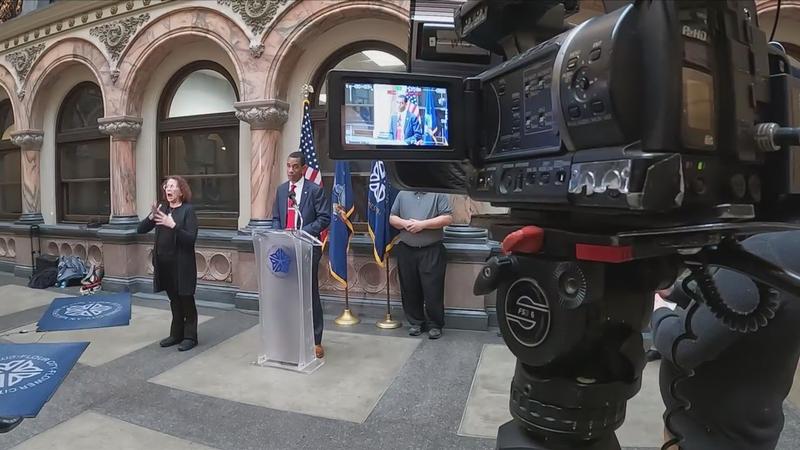 Last year overall crime went down, but it was a record year for murders and shootings. Eighty-one people were killed in Rochester last year including a 15-year-old. Eight of the 81 victims were teenagers. Of the 345 people shot, including those who died, 69 were teens.

Under the mayor’s centralization of violence prevention services, they will report directly to the mayor’s special advisor Vic Saunders.
Saunders says he taught 14-year-old Julius Greer when he was at School Number 8.

On Jan. 2, Greer was shot and killed on his way to get dinner at his corner store.

Saunders: "That was the night before I was to start my current position and with that it definitely let me know that my focus has to be intentional and to the point."