The two made their pleas as part of their arraignment in the Monroe County Court in front of Cayuga County Judge Thomas Leone.

Warren and Granison have been charged with criminal possession of a firearm, which is a Class E felony, two counts of endangering the welfare of a child, and two counts of failure to lock/secure firearms in a dwelling.

Granison entered the court before Warren. Both left separately.

Story in 60 post script
Here’s a quick wrap of Mayor Warren’s day in court. This is the 2nd time in less than a year that she’s been arraigned on at least one felony. @news10nbc pic.twitter.com/snlP2gDDta

The DA’s Office says the indictment was a result of the search warrant New York State Police executed on May 19 at Warren’s home.

Granison is also charged with criminal possession of a controlled substance (narcotics), and third-degree criminal possession of narcotics (intent to sell) following the same search. He has pleaded not guilty to those charges. Granison is also facing federal charges. He’s accused of receiving bulk quantities of cocaine from a co-defendant then distributing it to others accused in the state case.

#ROC Mayor @lovelyawarren is set to be arraigned for criminal possession of a weapon, endangering the welfare of a child and failing to properly secure guns. She addressed situation (before her indictment) w/@whec_ladams. Click on Part 2 of the video:https://t.co/GwyeTybaED

Warren appeared on News10NBC’s Rochester in Focus on June 20. Lynette Adams asked the mayor if she knew about Granison’s alleged activities involving drugs and guns before his arrest. 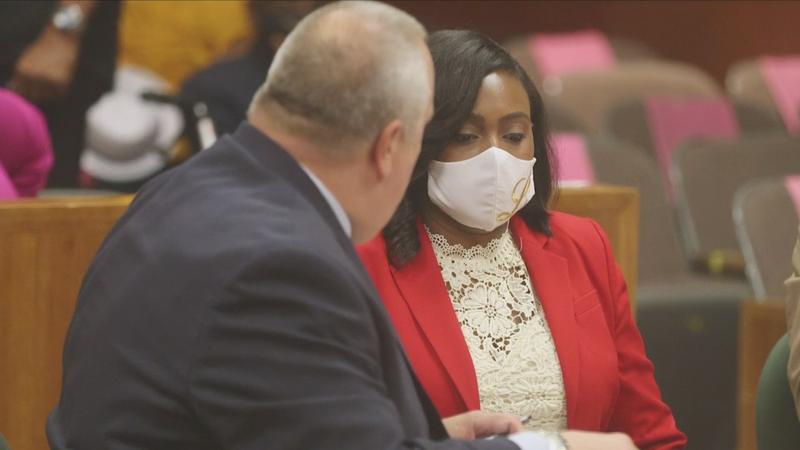 "Absolutely not," Warren told Adams. "I want to be clear that no drugs were found in the house. I did not know about the gun and since learned after this that the gun was registered to my mother-in-law."

News10NBC Chief Investigative Reporter Berkeley Brean: "So Michael when the mayor told us that she was unaware of the guns, that was untrue?"

Assistant District Attorney Michael Beezer: "Well, at this time the mayor hasn’t had the opportunity to see the discovery, to review all the photographs, to review all the video and surveillance. Will she come to the same conclusion after reviewing all of that? I can’t speak for her."

Since the rifle and pistol were found in Warren’s home during a search on the residence back in May, while Warren and Granison’s daughter was home alone, that is where the child endangerment charge and the failure to lock and secure firearms came from.

"I can tell you my client is not a drug dealer," said Mayor Warren’s defense attorney, Joe Damelio. "She’s not a criminal."

Under New York State Public Officers Law, an elected official is immediately removed if they are convicted of a felony.

Warren has not been convicted at this time, only charged.

These charges are not the only legal trouble Warren is in right now.

Warren and two others are charged with scheme to defraud and violation of election law for allegedly using an illegal PAC to raise more funds than allowed during her re-election campaign in 2017.

Recently, Warren’s attorneys attempted to get those charges thrown out, but on July 1, a judge ruled not to dismiss the indictment.

Warren and her co-defendants, Rochester Finance director Rosalind Brooks-Harris, and Albert Jones Jr. have all pleaded not guilty in the campaign finance case.

Both Warren and Granison were released by the judge, neither took questions from the media.

Photos of Mayor Lovely Warren at court for her arraignment today. @news10nbc pic.twitter.com/7Nd7YdlBgh

The mayor’s trial is likely to happen early next year. She lost the Democratic primary to Malik Evans in June, so Warren will likely be out of office by the time a jury is picked.