ROCHESTER, N.Y. (WHEC) — Mayor Lovely Warren announced Thursday the seven officers involved in the arrest of Daniel Prude will be immediately suspended, against the advice of her legal counsel.

Warren says because of civil service laws, they will be suspended with pay.

Prude, 41, died March 30 after he was taken off life support — seven days after the encounter with police on Jefferson Avenue. Days after his death, the medical examiner ruled his death as a homicide, saying he died of complications of asphyxia due to physical restraint, excited delirium, and PCP. 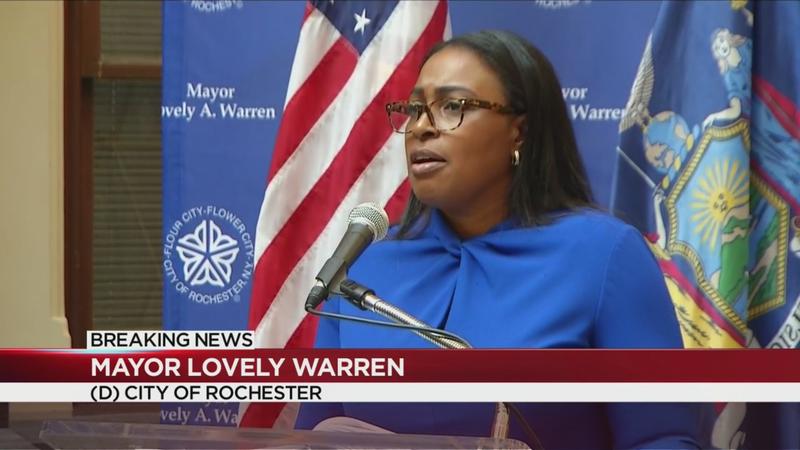 Warren says she was told that Prude had overdosed and that it may be investigated because he was in police custody. She said she didn’t say anything at the time under the advice of counsel, but because Prude’s family spoke out Wednesday, she spoke Thursday.

Warren accuses Chief Singletary of failing to brief her on exactly what happened. Says she’s confident he can change, though. According to Warren, Singletary initially told her Prude’s death was a drug overdose.

Singletary will be officially reprimanded, and ordered to take steps to improve the department’s response to mental health calls.

Prude’s aunt said he was the father of five adult children, had some mental health issues but was harmless and had just arrived in Rochester to visit his brother.

Warren announced that she will direct an additional $300,000 toward the Forensic Intervention Team, which helps with mental health 911 calls in part of an effort to do more to address mental health care.

Mayor says additional funds will be added to FIT (we mentioned it before) FIT assists with mental health resources.

The Rochester Police Department will also be ordered to provide any video of any in-custody death or use of force to the mayor for review within 24 hours of the incident.

Activists are calling for the immediate resignation of Warren and Singletary. They also want all the officers involved to be prosecuted.