Mayor Warren fires Chief Singletary, he finds out on Twitter

At 4 o’clock Monday, Mayor Lovely Warren fired the Chief La’Ron Singletary, two weeks before his retirement date. And we learned tonight it was unceremonious. The chief confirmed learned he was fired on Twitter.

At 3 o’clock, Chief Singletary performed one of his last duties as chief. He was on a zoom call, briefing the city council on the protests of the last two weeks.

At 4 o’clock the mayor said she relieved him of duty. 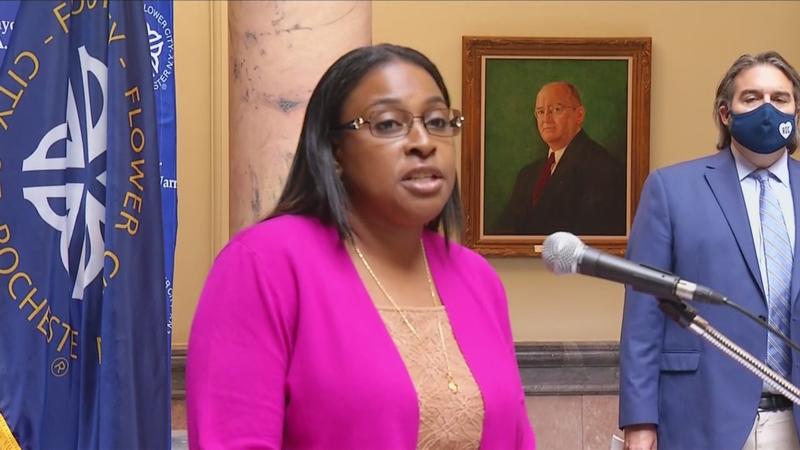 The basis of the firing is spelled out in a 300 plus-page internal report by Deputy Mayor James Smith. Last week, the chief says he told the mayor about Daniel prude on March 23 and again on March 30, the day Prude died.

But the deputy mayor’s report says "I could find no documentation of the chief’s communications with the mayor as would be expected in a situation of this magnitude" despite the chief and mayor meeting 50 times before Aug. 4, the day the mayor says she saw the body camera video.

The documents in the report show missing information from the police.

The day the medical examiner ruled Prude’s death a homicide, the chief emailed to the mayor’s communications director, Justin Roj.
The chief lists the factors in his death.

But the chief’s email omits the ME’s immediate cause of death: "complications of asphyxia in the setting of physical restraint."

The documents in the report show changes to police reports.

In an incident report written on March 23, Prude’s name is written in the "victim" section. The report shows handwriting that says "make him a suspect."

The documents show the police wanted to talk to the medical examiner before she issued her report.

One email shows RPD Lieutenant Michael Perkowski writes "before autopsy, have some background info to give you."

And the documents show the police knew the body camera video was going to be trouble.

On June 4, Deputy Chief Simmons emails Chief Singletary and writes "we do not want people to misinterpret the officers’ actions and conflate this incident with any recent killings of unarmed black men by law enforcement nationally. That would simply be a false narrative and could create animosity and potentially violent blowback in this community as a result."

In the zoom meeting with the city council Monday afternoon, the last thing the chief talked about were the injuries to officers in protests.

"So we’ve had a number of officers who have sustained some sort of injury from what’s been thrown at them," he said.

News10NBC requested an interview with Chief Singletary. He declined our offer tonight.