ROCHESTER, N.Y. (WHEC) — The Rochester Police Locust Club’s president is reacting to the police body camera video that was released on Wednesday. Mike Mazzeo is also defending his officers and says he has concerns about what happened that night.

It’s been two days since the video of the confrontation between Rochester Police and Daniel Prude was released to the public. Mazzeo took a moment to explain why he waited two days to make a statement.

"We didn’t immediately address this matter because of one reason. It was necessary for us to seek answers to several questions that we had," said Mazzeo.

Members of the media asked Mazzeo directly his thoughts on what he saw. He says the video is not a fair, and accurate representation that night.

"It’s also important to understand that especially in the edited video you may hear things, or you may not hear things, or what you may see is different in distance of someone actually speaking," said Mazzeo. 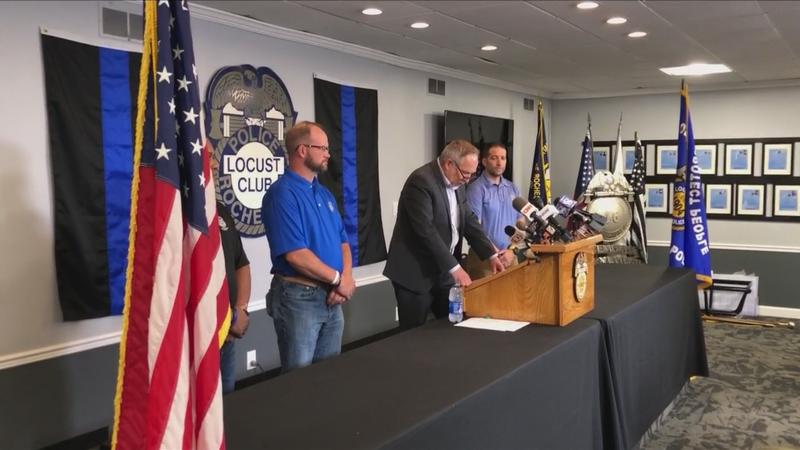 When asked about why officers would keep a naked man in freezing temperatures out on the cold street? Mazzeo says the officers in fact were following proper police procedures when dealing with someone suffering a mental health issue.

"Everything they do they have to follow protocol. When they go for review and when this incident, or any other actions they do are reviewed they have to conform exactly with those protocols."

Mazzeo tells us an email regarding the body camera video was sent to him on July 31st. He said there was no mention in the email of an in-custody death.

"Had we known at this point in time that July 31st that this is going to be released we would’ve raised a concern, or at least as the question is the investigation complete? I still don’t have an answer what that was," said Mazzeo.

As it’s still an ongoing investigation the Union is hoping that the State Attorney General’s Office conducts a fair and partial investigation of the fact in this case.