ROCHESTER, N.Y. (WHEC) — The Monroe County Sheriff’s Office arrested two men believed to be responsible for many of the catalytic converter thefts in and around our area.

The sheriff’s office posted a video of Vasiliy Maksimchuk and Joseph Grande taking converters back on Oct. 13 in a parking lot on Brooks Avenue in Gates.

Deputies were called and when they arrived, they found 10 vehicles in the lot were missing converters.

Deputies followed the suspects to a gas station on Jay Street where they made the arrests.

Both men are facing felony charges. 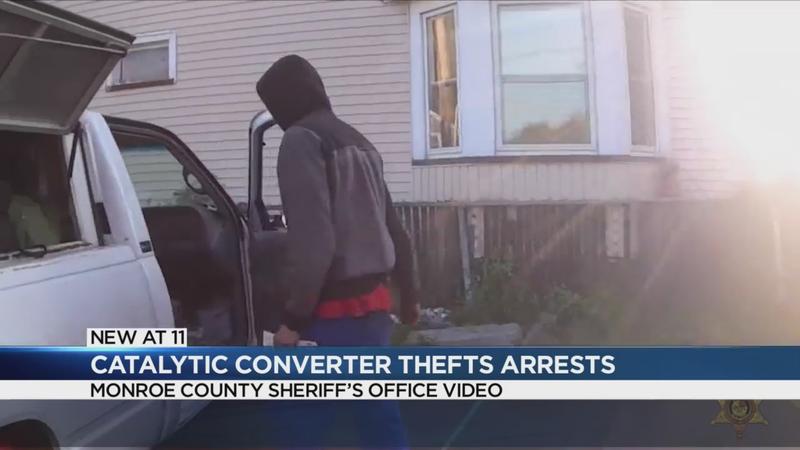